A remarkable legal case unfolding in the U.K. raises intriguing legal and ethical questions about dementia and the assignment of guilt. A Labour party grandee, Lord Greville Janner, will be tried for pedophilia. Nine men have come forward with allegations that Janner sexually abused them when they were children.

The assaults were alleged to have occurred 30-50 years ago. Janner, now 86-years old, was diagnosed with dementia 6 years ago and has been judged incompetent to participate in his own defense. The court will thus take the unusual step of holding a “trial of the facts” in which evidence is heard and conclusions about its credibility drawn, but no declaration of criminal guilt will be made and no criminal sentence can be given.

There is ferocious debate underway about whether Janner’s high position in the Establishment led to a cover up at the time the abuse was occurring, and also over whether it violates human rights to try a person for terrible crimes when they cannot defend themselves. Those are very much debates worth having, but my own mind keeps dwelling on a different point. 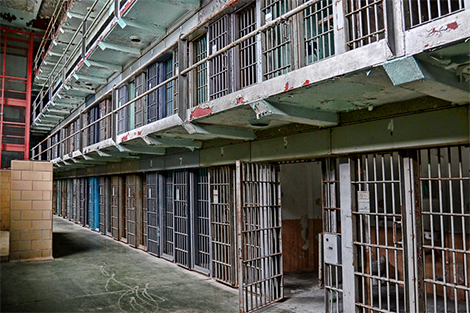 My friend and fellow RBC blogger Mark Kleiman makes a case against extremely long criminal sentences (e.g., 30 years of incarceration for murder) by arguing that when enough time has gone by, the person who is behind bars is no longer really the same person who committed the crime. If one can make that case in general, I would think it would apply even more to someone who is demented. That is, even assuming that it is known in advance that someone who is now demented committed a crime while they still retained their faculties, is it fair to punish them if a disease has erased much or all of their personality, memories and identity?

I would think courts would have to come to terms with these realities too. It wouldn’t mean that whatever the accused did wrong in their life was morally acceptable, rather that the perpetrator is no longer with us and therefore beyond the reach of punishment.

p.s. Some commentators have asserted that Janner’s dementia is faked, pointing to a 1991 fake (and egregiously mishandled) case involving convicted fraudster Ernest Saunders. Given that Saunders was 56 at the time and Janner is 86 (i.e., risk of dementia over 200 times higher), and that neurological scanning technology has come a long way in the past quarter century, and that Janner has been examined by 4 medical experts and Saunders was diagnosed by one, that’s a facile comparison. But in any case, it’s not relevant to my ethical question: If someone truly is demented, should we still punish them for what they did when they were intact?