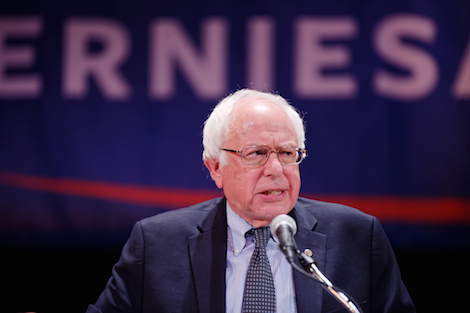 Conservatives like to talk about “the liberal media” and they frequently disparage the Washington Post as a liberal paper. I’ve never agreed with them, and I have an example that helps explain why. Between 10:20 PM EST March 6th and 3:54 PM EST March 7th, the Post managed to publish sixteen stories that cast Bernie Sanders in a negative light. Another way of looking at this is that the Post savaged Bernie Sanders sixteen times in a sixteen hour span.

That’s how the Post started their week, and it’s hard for me to avoid the impression that this was at the direction of the management under the guidance of senior editors.

Maybe you don’t like Bernie Sanders. Maybe you don’t want him to be the nominee. But it’s not about anything particular to him. How do you feel about any candidate getting that kind of finger-on-the-scale negative coverage? What if it was a liberal candidate that you did like and did want to see win the nomination? How would you feel then?

My point here is that the media, particularly the media that covers national politics, does a pretty good job of playing whack-a-mole with anyone who moves a centimeter outside the Overton Window. And that can hurt radical conservatives, but it hurts liberals, too, if they challenge the status quo.

Sometimes this provides a valuable service and helps people stay grounded and sane, but it’s definitely not liberal bias. It’s enforcement of a narrow band of acceptable politics.

For this kind of behavior to be beneficial the elite establishment they’re protecting has to be worthy of protection. If you think Fred Hiatt, Marty Baron and the collective Beltway wisdom have been right about the big issues since they took over at the Washington Post, then maybe you don’t have a problem with how they throw their weight around.

I think they’re protecting people who haven’t earned the trust they’re putting in them.

But, however you feel, this ain’t liberal bias.