* The guy who campaigned on the idea that we should stay out of the Middle East is now sending more U.S. troops to both Syria and Afghanistan.

* You’ll have to decide whether the Republican Speaker of the House doesn’t understand how insurance works, or thinks we’re too stupid to understand.

Ryan says problem with ACA is that the healthy are "subsidizing" the sick…AKA *literally* the point of insurance: pic.twitter.com/IbHzoKAqlj

I actually think there is a bigger issue at stake here.

This is unbelievable. But I guess that if Republicans understood the benefit of group/community efforts, they’d be Democrats. https://t.co/97quzfSrru

STEVE INSKEEP: First, will the 20 million or so people who’ve have gained insurance over the last few years under Obamacare, the Affordable Care Act, be able to keep their insurance?

CARTER: What we have said from the get-go is that we are not going to pull the rug out from underneath people. We want to have a stable transition period.

In other words, “we want to make the transition from having insurance to losing it as stable as possible.”

* If you’ve been following the Obamacare repeal efforts closely, you’ll know that the Republicans are trying to work around the need for any Democratic support by using the process of budget reconciliation in the Senate – which only requires 51 votes. But it comes with the stipulation that anything included must have a direct effect on the federal budget. Sen. Murphy has found a gaping problem with the Republican plan.

Remember, the linchpin of #Trumpcare – the penalty on people who lose coverage – needs 60 votes. Bill falls apart without that provision.

He’s referring to the mandate included in the Republican’s bill which they call “continuous coverage.” It states that if anyone goes over 2 months without coverage, insurance companies can include a 30% surcharge. That affects the insurers bottom line…not the federal budget. Oops.

* You want to know how possible it is that Republicans will fail to repeal Obamacare? Trump has already crafted his plan B, which of course involves blaming someone else.

In a private Oval Office meeting with conservative activists Wednesday, President Donald Trump sold Paul Ryan’s health care bill as strong and necessary. But minutes later, his top aides offered some willingness to consider changing some of the core provisions, even as Trump himself suggested a fallback position — that they could try again in two years, and Obamacare will fail on its own, leaving Democrats to take the blame.

* Here’s another one from the administration that doesn’t believe science and facts.

Scott Pruitt, the head of the Environmental Protection Agency, said on Thursday that carbon dioxide was not a primary contributor to global warming, a statement at odds with the global scientific consensus on climate change.

Speaking of carbon dioxide, the heat-trapping gas produced by burning fossil fuels, Mr. Pruitt told CNBC’s “Squawk Box” that “I think that measuring with precision human activity on the climate is something very challenging to do and there’s tremendous disagreement about the degree of impact, so no, I would not agree that it’s a primary contributor to the global warming that we see.”…

Mr. Pruitt’s statement is not consistent with scientific research on climate change, including decades of research by federal agencies. His remarks may also put him in conflict with laws and regulations his agency is charged with enforcing.

* Finally, I love photography for its ability to tell a great story in one frame. The person who posted this on Facebook added a comment: “There are no words for the power and dignity of this picture.” I agree. 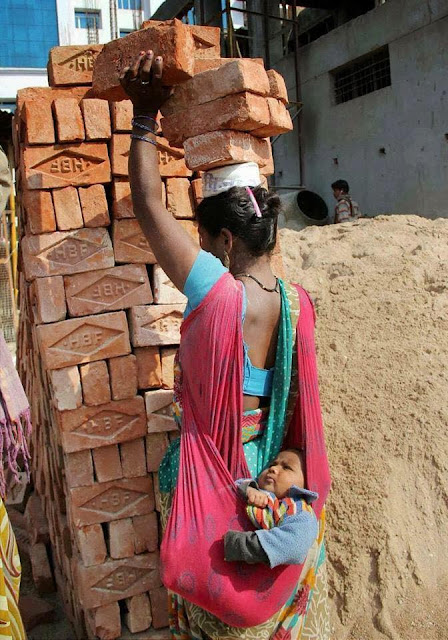