Like Neptune and Jupiter, there is gaseousness in the atmosphere of the planet Thomas Friedman, but we are nonetheless confident that intelligent life resides there. Quite intelligent, in fact; most days we are confident that we’ve learned something from reading Friedman’s columns, which usually deliver a much-needed macro view of America’s position.

Still, there are days when Friedman writes a column that makes you think that instead of making another trip to talk to small businessmen in Bangalore or economic planners in China, he should spend a political season at the knee of the county chairman of a political party or with the chief of staff of some US Senator, and learn something about votes, and how they’re cast and how they’re counted. 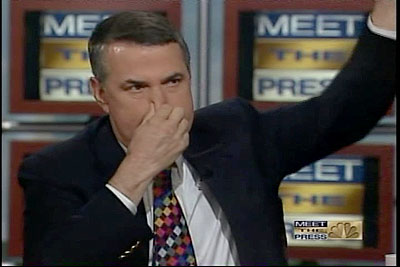 In today’s column in The New York Times, Friedman–perhaps seeking inspiration and finding himself sitting on it?–rides in a taxi that hits some potholes outside Union Station, and from there quickly moves to expressing the fond wish that New York City’s mayor Michael Bloomberg commit a selfless act of patriotism and spend tens of millions of dollars running as a third party candidate for president. “This election has to be about those hard choices, smart investments and shared sacrifices — how we set our economy on a clear-cut path of near-term, job-growing improvements in infrastructure and education and on a long-term pathway to serious fiscal, tax and entitlement reform. The next president has to have a mandate to do all of this. But, today, neither party is generating that mandate . . . .That’s why I still believe that the national debate would benefit from the entrance of a substantial independent candidate — like the straight-talking, socially moderate and fiscally conservative Bloomberg — who could challenge, and maybe even improve, both major-party presidential candidates by speaking honestly about what is needed to restore the foundations of America’s global leadership before we implode.”

Bloomberg doesn’t have to win in order to pull off this miracle, says Friedman, “or even stay in the race to the very end. Simply by running, participating in the debates and doing respectably in the polls — 15 to 20 percent — he could change the dynamic of the election.” The other candidates and Congress would gravitate towards him. “And, by taking part in the televised debates, he could impose a dose of reality on the election that would otherwise be missing.”

Here’s a dose of reality: the most likely beneficiary of a Bloomberg Third Party candidacy would be the far right. This is the most retrograde part of the electorate, the group most opposed to tax hikes, but also to the very idea of government with an activist agenda. Bloomberg would take votes away from Obama, and deny him the a portion of the moderate suburban vote that is uncomfortable of not outright alarmed by the right wing having such a big influence over the GOP. Romney’s dilemma right now is that he has to run to the middle to win, and his party isn’t keen to follow. But because Bloomberg is likely to absorb those votes, Romney could win a lot of swing states with around 40% of the vote, which means he wouldn’t have to move much at all. Romney would win, but he wouldn’t have a mandate to enact Bloomberg’s proposals. He wouldn’t have a mandate at all. The right wing would.

Here’s another dose of reality. Thanks to a third party candidate named Ralph Nader, America got the presidency of George W. Bush, ten years of war, mismanagement of the economy, and Supreme Court justices named John Roberts and Samuel Alito.

If Friedman is serious about this new sidelight of being Mike Bloomberg’s career counselor, may I suggest that he urge Bloomie not to spend his money in pyrrhic run for the presidency, and encourage Mike to become an investor. He should invest in the depleted stock of the Republican party in the northeast and Middle Atlantic and midwest and the Pacific coast states, and rebuild it into a going concern. Build a forward-thinking party in those places that will provide an alternative to the far right of the GOP and to the excesses of the Democrats. Create a party that is pro-business (not pro-billionare), pro-growth (not anti-tax), pro-Main Street (not pro-Wall Street), and pro-education and pro-opportunity, but skeptical about big government. It would be a large, inclusive party, with the kind of values Bloomberg at his best articulated during the Islamic Center controversy.

Bloomberg shouldn’t run a campaign in which not only he and his ideas would certainly lose. He should build a party that could actually elect him.