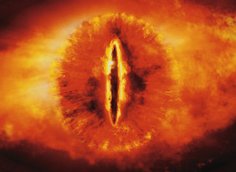 Looming like Sauron over every other issue in the world is the specter of sudden environmental collapse, documented in small scale in Jared Diamond’s book Collapse (see New Yorker review here). A group of scientists based in Berkeley just issued a report making exactly this prediction:

A prestigious group of scientists from around the world is warning that population growth, widespread destruction of natural ecosystems, and climate change may be driving Earth toward an irreversible change in the biosphere, a planet-wide tipping point that would have destructive consequences absent adequate preparation and mitigation.

“It really will be a new world, biologically, at that point,” warns Anthony Barnosky, professor of integrative biology at the University of California, Berkeley, and lead author of a review paper appearing in the June 7 issue of the journal Nature. “The data suggests that there will be a reduction in biodiversity and severe impacts on much of what we depend on to sustain our quality of life, including, for example, fisheries, agriculture, forest products and clean water. This could happen within just a few generations.”

James Fallows says this could be the most important story of 2012, bar none. I haven’t read the report (paywalled), and though it doesn’t seem to have all that much in the way of groundbreaking new studies, this kind of argument has long been easy to make. Diamond’s book, published in 2005, has basically the same conclusion. Historically, societies that fail to manage their resource base have tended to collapse very quickly. This time, it could happen on a planetary scale.