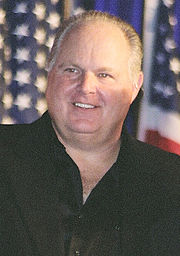 On Twitter Bill Keller, former executive editor of the New York Times, flagged a piece by Steve Almond titled “Liberals Are Ruining America. I Know Because I Am One,” saying it was “Must-read liberal introspection.” Boy, I thought to myself, I bet this is going to be terrible.

This, to be blunt, is the tragic flaw of the modern liberal. We choose to see ourselves as innocent victims of an escalating right-wing fanaticism. But too often we serve as willing accomplices to this escalation and to the resulting degradation of our civic discourse. We do this, without even meaning to, by consuming conservative folly as mass entertainment…

Of course, not all right-wing pundits spew hate. But the ones who do are the ones we liberals dependably aggrandize. Consider the recent debate over whether employers must cover contraception in their health plans. The underlying question — should American women receive help in protecting themselves from unwanted pregnancies? — is part of a serious and necessary national conversation.

Any hope of that conversation happening was dashed the moment Rush Limbaugh began his attacks on Sandra Fluke, the young contraceptive advocate. The left took enormous pleasure in seeing Limbaugh pilloried. To what end, though? Industry experts noted that his ratings actually went up during the flap. In effect, the firestorm helped Limbaugh do his job, at least in the short term.

So, liberals are entirely to blame for the popularity and influence of conservative hate-mongers. Check. Anything else?

Media outlets like MSNBC and The Huffington Post often justify their coverage of these voices by claiming to serve as watchdogs. It would be more accurate to think of them as de facto loudspeakers for conservative agitprop. The demagogues of the world, after all, derive power solely from their ability to provoke reaction. Those liberals (like me) who take the bait, are to blame for their outsize influence.

Even programs that seek to inject some levity into our rancorous political theater run on the same noxious fuel. What would “The Daily Show” and “The Colbert Report” be without the fulminations of Fox News and the rest of the right-wing hysterics?

Got it. And the cure, of course, is for liberals to simply ignore the likes of Limbaugh, so they’ll be locked into the echo chamber. Problem solved.

Let’s set aside the fact that the premise here is stale. This argument has been hashed and re-hashed in the blogosphere for the last ten years—are we hurting the cause by giving attention to the demagogues, or helping it by drawing attention to their craziness?—the consensus being: well, it depends. Let’s also set aside that blaming liberals for the influence of Limbaugh totally ignores the agency of conservatives, who have been paying fealty to him and his ilk for years, and is barely a whisker shy of blaming the firefighter instead of the arsonist.

Nope, the most interesting part is that it’s just straight-up wrong. Almond is so invested in his narcissistic victim-blaming that he didn’t seem to consider the idea that the very project of drawing attention to The Crazy is working out quite well recently. He says Limbaugh’s ratings are up, which seems to be wrong (no link, so I can’t check his numbers), but he also lost advertisers in unprecedented numbers. Backlash from the Heartland Institute’s climate denier billboard campaign featuring Ted Kaczynski crippled the organization. Komen’s attempt to cut funding to Planned Parenthood was a massive failure and has badly tarnished their brand and their donations, probably irreversibly. The shadowy conservative group ALEC took a major hit from being the author of the “stand your ground” laws in Florida and elsewhere, also losing lots of corporate support. And so forth.

In short, giving conservative hatemongers a little push onto their own swords seems to be working like magic. Might have been something to consider in the piece, or at least address, but apparently not.