Maybe you’ve heard that Obamacare is the biggest tax increase in history. Not so. Not even close. Kevin Drum posted the evidence in a table. I turned it into a chart. More here and here. 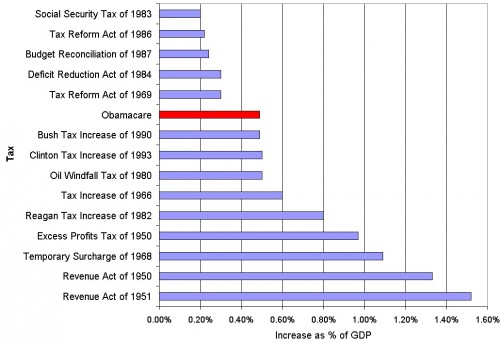 By the way, the evidence also suggests that Obamacare is neither unconstitional nor likely to be job killing. It’s not wrong to oppose the reform, but let’s at least be clear about what is true about it. Or, at least let’s be so here.