p>As many have noted, but the President’s budget and the latest House Budget held Medicare growth to GDP+0.5%. If you need help, that’s the same amount.

But the differences in Medicaid could not be more dramatic: 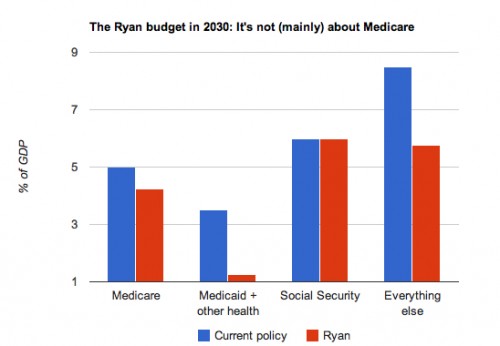 That chart shows what, as Ezra Klein reports, “Rep. Ryan told the Congressional Budget Office his budget would do by 2030 (see page 13 of this CBO report).” (emphasis mine)