Thank goodness this crap campaign is over. It turned out to be a bit of nail-biter, but it should never had been so close. Obama should have walloped Romney, who was a man with no rational to his candidacy other than that he wasn’t the incumbent. In some other era this might have been enough, but the fact is that we are in such a bad predicament that a candidate could not simply offer his different person, but actually had to present a plan, and Romney’s plan was simply the impeached plans of George W. Bush. But he was always a bad candidate; that was clear during the primary season, from the way the Republicans squirmed after one obviously inadequate candidate after another before finally settling on the guy who didn’t know enough to know that he wasn’t wanted. He was always stiff, he was always the false-faced boss, he was always the guy who pocketed every possible dollar in every deal and then wouldn’t leave until he made you agree that what he did was both admirable and good. In the end he was done in by the rust belt, where people don’t really like men who like to fire people. 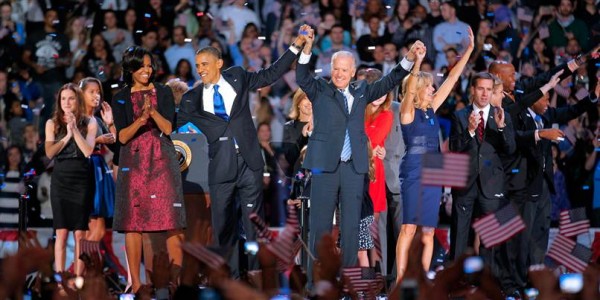 And thank goodness Obama won; his had real accomplishments during his first term, and now there is no chance that they can be rolled back. The Republicans, moreover, are the party of yahooism, and they do not deserve to rule. Joe Scarborough quoted Nicole Wallace as saying “People debate whether we should be a conservative party or a moderate party, but one thing we have to stop being is the stupid party.” She may have meant tactically, but I hope she meant overall–the stupid anti-woman party, the stupid anti-science party. But let’s face it: the president ran a brilliant campaign in which he sought no mandate for action. As far as I can see, he has an mandate to be empathetic, to micro target voters, and scare us about Romney’s shortcomings.

That won’t be enough. The country has “unfinished business,” as John Kennedy so eloquently put it. The president and the Congress need to come together. Perhaps with their hell-bent fever to deny Obama a second term having been extinguished by events, Republicans will drop their monomania and work out some compromises. I hope so.