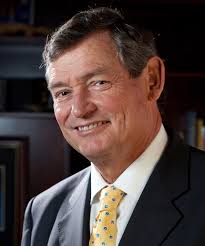 California may have finally passed an initiative designed to provide appropriate support for higher education, but a spirit of thrift remains in the state’s public colleges. Well, sort of.

According to a piece by Laurel Rosenhall in the Sacramento Bee:

Timothy P. White [right], California State University’s incoming chancellor, has requested a 10 percent pay cut, saying in a letter to trustees, that he hopes the move will send a signal that “public higher education matters to all of us, and that we each must play a part in the rebuilding.”

“I also recognize that Californians expect me to properly steward these resources. Consequently, as l join the faculty, staff and students who have experienced cuts, salary freezes, and increased fees, I too must do my part.”

Under the compensation package proposed by White, however, he will still earn a total $410,000 a year. The president of the United States earns only $400,000 annually. White will also enjoy the use of a house worth about $700,000.

It may be a 10 percent pay cut for the CSU system, which shelled out a total $560,000 a year for White’s predecessor, but it’s not really a pay cut for White. He took home only $327,200 last year as the president of the University of California, Riverside. [Image via]