Florida’s Republican governor, Rick Scott, recently announced a plan to change funding for the state’s public universities so that students majoring in technology and math could pay less than those majoring in the humanities or the social sciences. He argued that this made sense because,

Tuition would be lower for students pursuing degrees most needed for Florida’s job market, including ones in science, technology , engineering and math, collectively known as the STEM fields.

I said this idea was misguided, since there’s no evidence STEM majors are in huge demand in Florida. But maybe I was wrong. Maybe Florida needs a lot more science education.

I think the age of the universe has zero to do with how our economy is going to grow. I’m not a scientist. I don’t think I’m qualified to answer a question like that. At the end of the day, I think there are multiple theories out there on how the universe was created and I think this is a country where people should have the opportunity to teach them all. I think parents should be able to teach their kids what their faith says, what science says. Whether the Earth was created in 7 days, or 7 actual eras, I’m not sure we’ll ever be able to answer that. It’s one of the great mysteries. 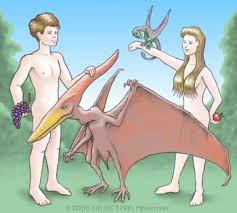 Yea, no idea. No clue whatsoever how we could get an estimate on that whole age of the earth thing. It’s a great big secret.

Marco Rubio, B.A. University of Florida. He majored in political science. [Image via]