On Friday morning a week ago a 20-year-old Newtown, Connecticut man murdered his mother and then drove her car to a local school, Sandy Hook Elementary. He forced his way into the building, killed 20 first graders and six adults, and then committed suicide. He did this with several guns he brought to the school that day, all of them purchased legally and registered to his mother.

Gavin Newsom, the lieutenant governor of California, expressed a common reaction in the aftermath of the Newtown, Connecticut shooting, writing on Twitter: “We need action on gun and mental health policy in this country. Immediately. How many more children must die?”

Newsom’s reaction, while understandable, misses the real problem. The reality is that the American mass shooting probably has a lot to do with gun policy, a fair amount to do with mental health programs, and everything to do with the distribution of wealth in America.

While it’s true that the laws governing the possession of firearms are become more lenient than in 1980—thirty years ago, 8 states automatically licensed anyone without a criminal record to carry concealed weapons. Now, 38 states do—such changes cannot, in and of themselves, explain a massive increase in the number of shootings. Americans had guns in the 50s and 60s, too. What made them start to use them like this? 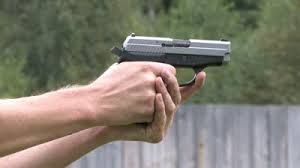 The public shootings began in the 1980s. There were two gun massacres in the two decades before Ronald Reagan took office, one in 1966 and one a decade later. There were, by some estimates, more than 30 mass killings during his time in office alone.

There were mass shooting prior to this, but they were mostly rational acts of violence, not random rage murders. On February 14, 1929, for instance, seven men were machine gunned to death in Chicago. The St. Valentine’s Day Massacre, while horrific, was a very a simple case of mobsters murdering rivals during Prohibition in order to retaliate for an earlier attempt to control the city’s bootlegging business.

The most dramatic change since then was not a modification in policy toward crime or guns but, rather, of the country’s economic structure.

Since 1980, according to the Bureau of Labor Statistics, the United States has lost about a quarter of its manufacturing jobs. Between 1990 and 2000 CEO pay increased 570 percent. The average worker’s salary, however, increased only 34 percent. Of the total increase in all American income from 1980 to 2005, more than 80 percent went to the top one percent. The wealth of that top one percent of Americans now exceeds the combined wealth of the bottom 95 percent. America has the worst wealth distribution of any first-world nation. Income distribution in the United States, as Timothy Noah put it in a 2010 piece he wrote for Slate, is now “more unequal than in Guyana, Nicaragua, and Venezuela, and roughly on par with Uruguay, Argentina, and Ecuador.”

The American firearm murder rate is also starting to resemble that of a banana republic. The countries with highest rates of gun death in the world are Honduras, El Salvador and Jamaica. The highest rates of gun homicide, in fact, are intensely concentrated in Latin America and Caribbean, other places with vast wealth disparities.

What does this orientation of resources do to a society? In 2005 Mark Ames published Going Postal: Rage, Murder, and Rebellion: From Reagan’s Workplaces to Clinton’s Columbine and Beyond, in which he argues that the American public gun murder is essentially the 21st century equivalent of the slave rebellions that occurred before the Civil War.

On August 21, 1831, Nat Turner, a slave in Southampton County, Virginia, joined with 70 enslaved and free blacks and traveled around the region where he lived, “liberating” slaves. They went from house to house, freeing slaves and killing all the white people they encountered. Turner explained later that this was because “it was plain to me that the Savior was about to lay down the yoke he had borne for the sins of men, and the great Day of Judgment was at hand.” Turner called on his group to “kill all the white people and burn houses and blow them up.”

On April 20, 1999, two unpopular students at Columbine High School in Littleton, Colorado murdered 12 students (and injured 21) and one teacher before committing suicide. They kept an online journal where they planned out the attack in advance. They specifically targeted jocks, beginning their rampage “Everyone with white hats, stand up! This is for all the shit that you’ve given us for the past four years! We’ll get the guys in white hats!”

A culture that breeds revolt is one in which a vast army of ill-paid and largely miserable people toils in service to a soulless corporate institution or a few very wealthy people. The message this sends is that anyone outside of the top tier of American movers and shakers is not experiencing some temporary economic setback but, rather, is in some way fundamentally and irrevocably inferior. (“If you don’t have a job and you’re not rich, blame yourself”) This is a trap from which the eventual perpetrators feel they have no way out. Confined by his lack of power, the “crazed” gunman fixates on exercising what little power he does have.

According to a piece in Newsweek, the Newtown gunman “had no criminal history to speak of, nor did he have any previous altercations with the elementary school.”

Turner was supposed to have “acted without cause or provocation” as well.

The slave rebellion theory sounds exaggerated, especially considering that in most cases the shooters are white and middle class, or even, as in Newtown case, residents of “a wealthy bedroom community for New York City, with lots of influential residents.” And the victims are too. The vast disparities in wealth don’t lead gunman to shoot the rich and powerful; they mostly kill people pretty much like themselves. It’s impossible to demonstrate causality in any individual case, and in fact it could be argued that many of the gunmen were insulated by family circumstances from the worst effects of the American economic policies. But the grievances and obsessions of American mass shooters seem mostly to center on issues of status.

On August 20, 1986, 44-year-old Patrick Sherrill killed 14 employees and wounded six at the Edmond, Oklahoma post office where he worked. He had been disciplined several times and earlier accused his boss of “singling him out for harassment.” He apparently believed his supervisor was planning to fire him that day.

On July 29, 1999, Mark Barton, a day-trader in Atlanta’s financial district who had lost $105,000 in a single month, murdered nine white-collar coworkers before killing himself at a gas station. “I hope this doesn’t ruin your trading day,” Barton apparently quipped before he started shooting.

In February 2010 Amy Bishop, a neurobiologist at the University of Alabama in Huntsville, opened fire on colleagues during a faculty meeting after being denied tenure, despite earning a PhD from Harvard and having patented several scientific discoveries.

As societies become more inequitable, they become more violent. That’s because gross inequities in wealth make people feel angry and impotent and irrelevant. Their sense of powerlessness is ratified and reinforced by a culture and economic system in which the small group of winners feels morally justified in dismissing the large and growing number of losers (“There are 47 percent who … who are dependent upon government, who believe that they are victims. … I’ll never convince them that they should take personal responsibility and care for their lives.”)

Much like slave rebellions, mass shootings aren’t rational acts, but personal mutinies against a society that doesn’t make sense (“Shit is fucked up and bullshit”), a culture in which people feel alienated and alone.

The winners are those with good jobs and big TVs, the people who matter. The losers are the depressed and the unemployed. As the Newtown shooter’s aunt put it, when the gunman was originally identified as his older brother, a man who had graduated from Quinnipiac University and worked at as an accountant at Ernst &Young’s Times Square office, she knew he couldn’t be him; he was very well educated, he lived in New York, he had his life together.

This is not to say that these murderers are innocent or mere victims of circumstance; they were adults who chose their brutal actions freely. It’s also true that a rigorous and severe gun control policy, in particular, could dramatically reduce the number of people who actually die from public acts of violence; in 2010 a man stabbed 28 kindergarteners in Taixing, China while they were napping. It was a appalling and frighteningly cruel act. But everyone lived.

David Remnick wrote in the New Yorker that:

What is needed is gun control—strict, comprehensive gun control that places the values of public safety and security before the values of deer hunting and a perverse ahistorical reading of the Second Amendment. Obama told the nation that he reacted to the shootings in Newtown “as a parent,” and that is understandable, but what we need most is for him to act as a President…—a President who dares to change the national debate and the legislative agenda on guns.

He’s right. But Connecticut has an assault weapons ban already. The state has some of the strictest gun laws in the nation. Either our gun control policies are too weak to have much impact on the frequency and outcome of public shootings, or gun control polices can’t really fix what ails us.

Americans perhaps understand this, that there might be something more serious wrong here, something gun control can only begin to address. In the absence of a clear and entirely appropriate idea about how to fix or even talk about this problem a common, and understandable, tactic is to retreat into emotions. Tell your children you love them, was a common refrain popular among both liberals and conservatives. Assure them that everything will be OK. “When I pick my kindergartener up today,” one parent said, “all the kids are going to wonder why the parents are all hugging their kids so tight.”

The love and concern for the wellbeing of the children always intensifies in the aftermath of gun rampages. After Columbine, for instance, American schools augmented campus security and improved communications measures, encouraging students to immediately report “about violence, weapons, bullying and other threats.”

Adam Lanza was 7 years old at the time of the Columbine massacre. He was then likely a second grader at Sandy Hook Elementary School.