According to new work by Dana King and colleagues, baby boomers are less healthy than their parents. 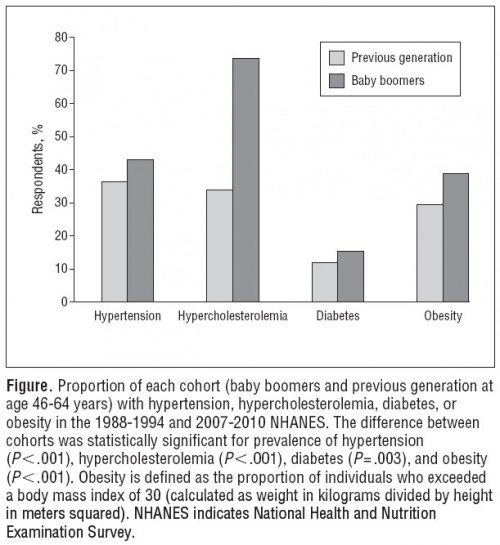 Limitation: The racial/ethnic profile of the two generations is different, with a higher proportion of non-Hispanic blacks and Hispanics in the baby boom generation than the prior one.