Just for scale, a 0.05 increase in Gini coefficient is 2.5 times the standard deviation observed in the data, for which the coefficient varied from 0.41 to 0.5 at the state level. 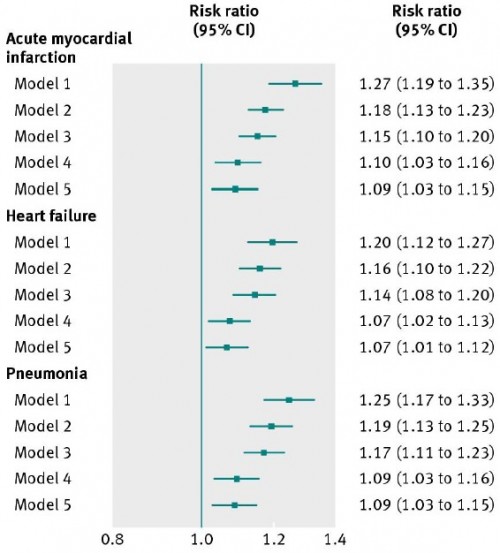 Why would income inequality affect readmissions?

A “compositional” explanation suggests that the poor health outcomes can be attributed to the increased rates of poverty typically found in highly unequal societies. A complementary “contextual” explanation posits that a high level of inequality has corrosive effects on society, independent of its relation to individual income. For example, large differences in income can result in spatial concentrations of poverty, leading to diminished levels of social cohesion and social capital. […]

A patient’s risk of readmission is probably influenced by factors such as the strength of their social networks and support systems and by their capacity for managing their own care, including obtaining follow-up care, adhering to complex medication regimens, or complying with other instructions after discharge. Prior research has suggested that income inequality results in reduced levels of social capital and social cohesion.

Interestingly, however, the authors found no effect of income inequality on 30-day mortality for the same condition cohorts.

With this paper, the views of Krumholz and Joynt seem to be converging.