Chief Justice John Roberts, during arguments over the Voting Rights Act earlier in the week:

Well, here’s what the 2008 American National Election Study had to say: 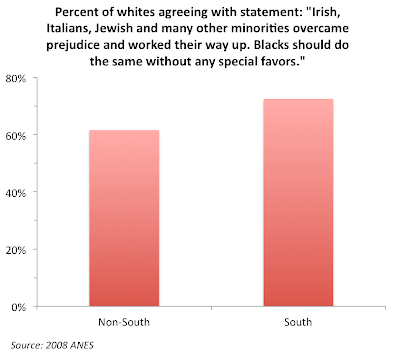 For more, see Sides, Bouie, and Valentino and Sears.

Update: Jessica Trounstine sends in this graph of several questions from the General Social Survey: 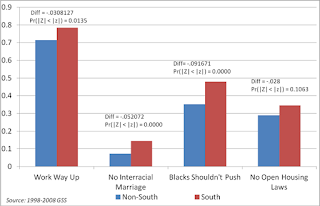 All data are from the combined 1998-2008 GSS surveys for non-Hispanic white respondents. The question wording is as follows:

[Originally posted at The Mischiefs of Faction]