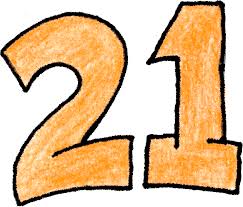 In another truly awesome move, Mississippi, which earlier this week introduced legislation that would “bar counties and towns from enacting rules that require calorie counts to be posted, that cap portion sizes, or that keep toys out of kids’ meals,” is now working on education counter reform.

And they don’t think would-be teachers should need to score 21 on the ACT. Senate Bill 2199, which was supposed to lead to more appointed superintendents around the state, lost on a 65-52 vote.

The effectiveness of maintaining elected school superintendents is perhaps debatable but that ACT requirement, wow. I’m in general skeptical of the appropriateness of using standardized tests to make crucial education decisions, but a 21?

The average ACT score for the whole country, 21.1, is slightly higher than this.

The problem is that Mississippi itself doesn’t have all that many students who score very well on the ACT. The average ACT score in the state is only 18.7. Almost half, 49 percent, of Mississippi high students admitted to college wouldn’t have qualified to be teachers under the proposed reform.

That might, of course, be taken as a rather compelling reason to improve Mississippi’s schools…. [Image via]