So this happened earlier in the week: 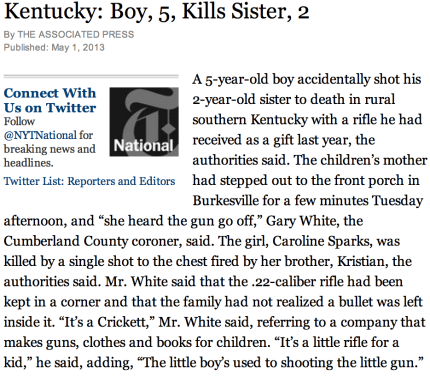 I had no idea this sort of thing even existed: 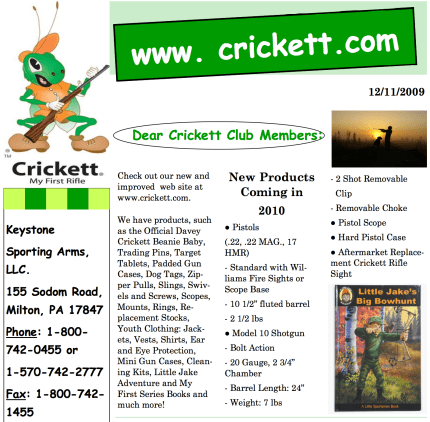 In this particular case, Murray’s story about irresponsible elites seems to fit pretty well. At the elite level, you have well-connected D.C. gun lobbyists opposing any restrictions on personal weapons. As Murray might put it, the elites (Phil Spector aside) may be able to handle their guns, but some lower-class Americans cannot—-they do things like give real rifles to 5-year-olds (!). As Murray writes, it’s a combination of cultural ignorance and a permissive ideology: I assume the senators who voted against the recent gun control bill wouldn’t give live weapons to their kids (or live in neighborhoods in which kids have access to guns at home), but they don’t feel right about restricting the rights of others to do so.