Guess who’s making money off your students loans? Turns out it might be your college that’s responsible for the loans. That’s because many colleges invest heavily in student loan servicing and collection companies like Sallie Mae.

University endowments… are among big investors in Sallie Mae, the private lender that has been generating enormous profits thanks to soaring student debt and the climbing cost of education….

The previously unreported investments mean that education professionals are able to profit twice off the same student: first by hiking the cost of tuition, then through dividends and higher valuations on their holdings in Sallie Mae, the largest student lender and loan servicer in the country, which profits by charging relatively high interest rates on its loans and not refinancing high-rate loans after students graduate and get well-paying jobs.

Sallie Mae earned $939 million and has generated a cumulative profit of $7.3 billion over the last decade. How? Is that because Sallie Mae is a super-efficient corporation that everyone respects and loves? Do they offer a high-quality product?

Well no, mostly it’s because there’s just no competition. Sallie Mae president and chief operating officer John Remondi explained to investors earlier in the year that “the margins here are really a function of alternative financing opportunities. And if you think about our products, we’re making loans to the parents and students, family education loans. Their alternatives are fairly limited.”

Awesome. A near monopoly! 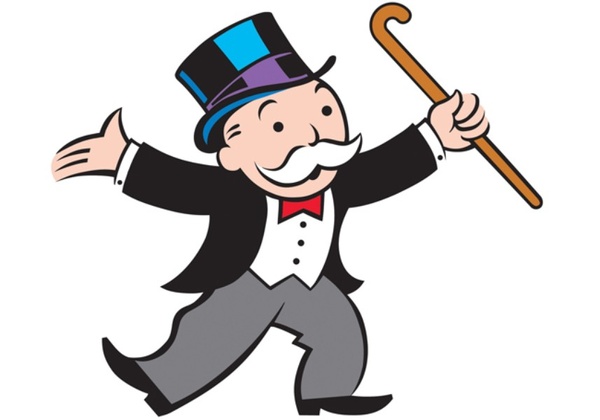 And college endowments are getting all tied up in this lucrative financial game:

The endowments of Furman University, Harvard University, Mount Holyoke College, and University of Michigan all hold stakes in Sallie Mae through their investments in Highfields Capital Management, a hedge fund that manages more than $11 billion and is the second-biggest Sallie Mae shareholder. As of the end of last year, Highfields owned nearly 40 million shares of Sallie Mae, or 8.6 percent of the company’s common stock.

This is a little complicated, but basically what it means is you took out some loans because your college costs too much. And now the money you pay in interest is making many colleges even richer.

An unlike normal companies (say, real banks), Sallie Mae is essentially assured of financial success, because the federal government guarantees its loans, and borrowers can’t default on their debts.

A normal loan works like this: you want to buy something, you take out a loan to buy it, but first you have to prove that you have assets equivalent to the value of the loan. So if you can’t make payments on the loan the bank can take your stuff. This prevents people from taking out loans they can’t afford.

Student loans, however, often go to people with no assets. The federal government encourages this and guarantees the loans so that people can go to college even if their incomes are low. This means students don’t have a direct incentives to take out only loans they can afford (and colleges don’t have an much incentive to charge tuition that students and families can comfortably pay).

This isn’t a huge scandal. Colleges have endowments. They invest these endowments in things that make money. It makes sense to invest in student loan companies, since they’re profitable.

But in a greater sense what’s going on here is this:

No wonder they have no incentive to cut costs.

As long as students are protesting endowment investments in controversial institutions (Israeli companies and fossil fuel corporations are particular targets now), it’s worth taking this one on.

A college investing in Sallie Mae isn’t the illegal or immoral stuff that leads to jail time or financial restitution, but it sure looks like a conflict of interest.