So said Ted Cruz yesterday.  This is not the first time he’s run afoul not only of Democrats—Harry Reid called him a “schoolyard bully” a few weeks ago—but also of his fellow Republicans, conservative allies (e.g., the Wall Street Journal editorial board), and others ostensibly on his side.  You can follow the links to various stories in this Ramesh Ponnuru piece.

Ponnuru, who has known Cruz for a long time, thinks his behavior is just fine.  Confronted Cruz’s violations of Senate norms, Ponnuru asks, in essence, “so what?”

The people of Texas didn’t vote for him because he promised to keep his head down in deference to his colleagues. No senator wins election that way. Presumably voters want senators who will be as effective as they can be in advocating for the views they campaigned on.

Maybe that’s a correct theory of the voting behavior of Texans, and maybe not.  Regardless, I don’t think Cruz’s problem is in Texas. 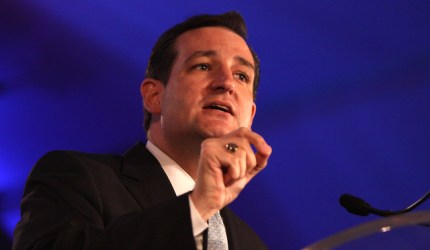 Cruz’s problem is that he may want to be president of the United States, reports the National Review’s Robert Costa.  And to be the Republican nominee, he’ll need the support of his Republican colleagues.  The 2012 election once again showed—and despite some skepticism—that it is very hard to win the nomination unless you’re preferred by a substantial chunk, if not the vast majority of, your party’s leaders (as was Romney).  Which is to say, it pays to be nice to your colleagues.  It’s no guarantee, of course: junior Senator Hillary Clinton kept her head down and played nice, and lost the nomination.  John McCain often irritated his fellow Republicans, but still mustered enough support within the party to win the nomination.

But nevertheless, Cruz’s strategy is risky.  Just ask Santorum or Gingrich, whose surges in the 2012 primary were met by deafening silence from GOP leaders (Santorum) or vigorous, on-the-record denunciations (Gingrich).

Cruz’s Beltway critics were horrified anew last week on reports that he is thinking of running for president. If the past few months are any guide, he would try to build a majority starting with the most conservative end of the Republican primary electorate, and argue that the party needs to nominate a true conservative rather than an establishment favorite.

Many Republicans have tried this strategy since President Ronald Reagan left the scene. None has succeeded. The right end of the party invariably splits its support among several candidates, and voters in the middle of the party usually prefer someone with more experience than the right’s favorites.

Maybe Cruz has a different strategy in mind, or has a reason for thinking this time will be different. If he runs, he will have at least one thing going for him: He has a knack for making his opponents lose their wits.

Yes, “none has succeeded.” That’s a warning sign right there.  And the other warning sign is the reason why they haven’t succeeded, which is not quite what Ponnuru states.  It’s not that the conservatives can’t coalesce on a candidate and the middle prefers someone with “experience.”  It’s that many in the party are wary of nominating a strongly ideological candidate—a “severe” conservative, if you will—because they’re afraid that this candidate will lose in the general. And rightly so!  See Table 2 of this article (pdf) by John Zaller.

In 2012, as Lynn Vavreck and I show in The Gamble (pdf), only about half of Romney’s supporters were closest to him ideologically. The other half were closer to Gingrich or Santorum—that is, to one of the more conservative candidates.  But this other half also tended to believe that Romney was the only candidate who could beat Obama in November.  Their vote was about electability, not experience. Of course, Romney didn’t win, but Zaller’s finding suggests that a more conservative candidate would have done worse, other things equal.

Cruz’s path to the presidency—if he decides to run—must consist precisely of convincing “the middle” of the party that he’s electable despite the fact that he may be the most conservative member of the Senate (pdf).  To do that, he’ll need the support of his fellow party leaders to send that signal.  It doesn’t matter if he has “a knack for making his opponents lose their wits.”  His opponents will be busy nominating Hillary Clinton or whoever.  And it doesn’t matter whether, deep in his heart, he trusts Republicans.

What matters is whether he has a knack for making his fellow Republicans trust him.