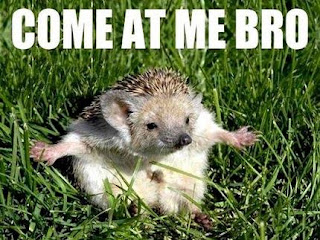 So help me God, today I argue with Paul Krugman
Paul Krugman and Mike Konczal team up against me and Jonathan Chait to argue that, despite mine and Chait’s assertion of a conservative reform movement, there isn’t much meat on their policy bones.

There’s something to that as far as the specific policies they mention (especially climate change), but I think they’re rather missing the point.

You see, whether some policy is labeled “liberal” or “conservative” is a rather fluid thing. As people have pointed out a gazillion times, Obamacare is basically indistinguishable from Bob Dole’s 90s healthcare plan, developed by the Heritage Foundation and first passed by Mitt Romney. Yet the minute people associated that set of ideas with Obama, average Republicans instantly formed an iron-hard belief that Obamacare represents the death knell of American freedom, and rearranged their policy views accordingly. What’s more, Democrats aren’t terribly bothered that their now-signature capstone of the welfare state is about this most conservative workable solution one could imagine.

In other words, policy labels are to a great extent determined by the vagaries of history and elite signaling from both directions. This holds for both parties.

The problem with the conservative movement isn’t exactly that current mainstream Republican policies are all insane (they are, though I don’t think Krugman give the reformists enough credit for policy heterodoxy), it’s that the party has completely lost it. It is “ideologically extreme; scornful of compromise; unmoved by conventional understanding of facts, evidence and science; and dismissive of the legitimacy of its political opposition.” Taking the debt ceiling hostage, for example, is not the action of a conservative party. It’s the action of an extremist party, willing to risk economic Armageddon for trivial policy changes.

This is, I think, due to the conservative media ecosystem and the perverse incentives of minority parties in the US constitutional system. Conservative media is ruled by liars, con men and charlatans who actively profit from having Democrats in power, and who whipped the Republican base into a seething frenzy after the election of Obama. Matters of policy have dissolved almost completely into the froth of tribal resentment and Obama hatred, which produced a huge class of new Republican House members who were slavering to attack the president with whatever tool was closest.

The problem with believing and acting as though Obama is a hair’s breadth from Lenin is that he’s rather conservative by historical standards. Ezra Klein put this in an interesting way recently:

If you imagine a policy spectrum that that goes from 1-10 in which 1 is the most liberal policy, 10 is the most conservative policy, and 5 is that middle zone that used to hold both moderate Democrats and Republicans, the basic shape of American politics today is that the Obama administration can and will get Democrats to agree to anything ranging from 1 to 7.5 and Republicans will reject anything that’s not an 8, 9, or 10. The result, as I’ve written before, is that President Obama’s record makes him look like a moderate Republicans from the late-90s.

This is a pretty good description save for the laughably ridiculous idea that Barack Obama has ever even thought seriously about anything below about a 4. If we set up a possible scheme of universal healthcare plans, starting with a UK-style complete socialization of the entire healthcare sector at 1, moving through single-payer at 2-3, Obamacare + public option and/or Obamacare + Medicare buy-in at 4-6, and AynRandcare (i.e., every man for himself and devil take the hindmost) at 10, then Obamacare as is sits at about a 7-8.

The president seems to have an Ahab-like obsession with bipartisanship for its own sake, and keeps moving right and right, and right some more, in an effort to get a Grand Bargain. It has failed every time, for the simple reason that everything Obama touches turns to ashes in the Republican mouth. (I don’t know that Obama would have had more policy success if he had stuck more to the left, since moderate Democrats were his biggest problems in 2009-10 when the big bills got through. But all that outreach to the right certainly got him nothing from Republicans.)

But in any case, as Ezra says, the Democrats have set up shop across almost the entire policy spectrum. There’s almost nowhere sane for a Republican to sit and still strongly differentiate himself from the president, which is absolutely critical to survive in today’s GOP.

An interesting counterexample to this trend is Scott Sumner, who has set up a conservative-coded way to support expansionary monetary policy and thereby dug out a space for writers like Jim Pethokoukis to move away from traditional conservative inflation paranoia without sounding like a Democratic apologist.

So, as far as I can tell, the Republican Party has a social problem, driven partly by crappy famous pundits (Limbaugh et al), partly by an extremist and nutty base, and partly by the fact that Obama won’t leave them much non-crazy policy space to call their own. (Interestingly, this suggests that the project of folks like Bhaskar Sunkara to drag American politics to the left might help Republicans become less crazy by dragging Democrats off native Republican turf.)

The project of reformist conservatives, as I see it, is about creating a new Republican discourse that 1) is capable of engaging with normal knowledge delivery systems, eg science, and 2) isn’t driven mad by the idea that Democrats are the tools of Satan. If they succeed (and let’s be clear, I wish them the best of luck, but they probably won’t), then a policy realignment towards, say, a conservative-coded climate policy could be slapped together in a month or two.

Because the Republican base is good at nothing so much as forgetting what happened five minutes ago.