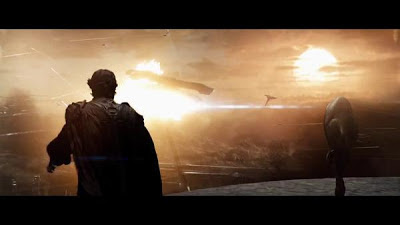 The new “Man of Steel” is largely faithful to earlier depictions of the Superman story (at least on film and television — I am admittedly not well versed on the comic books), but it does make a few interesting departures. One of those is that we get a rather lengthy early segment set on Krypton shortly before its destruction. What it shows is a technologically advanced but violent world with a sclerotic political system that is unwilling or unable to accommodate peaceful and necessary change.

I found this depiction somewhat jarring. Earlier views of Krypton (from 1978’s “Superman” and from the 1950s television series) left an impression of an advanced, peaceful society ruled by sages. The 1978 film showed General Zod, who had attempted a coup (off screen), as an outcast, and he was punished for his crimes by banishment (rather than by the death penalty, which did not exist on Krypton), after being judged guilty by unanimous vote. Apart from the lack of public defenders at Zod’s trial, this earlier Krypton seemed to be a decent society that was tragically blind to its own impending demise. Its destruction was a loss to the galaxy. 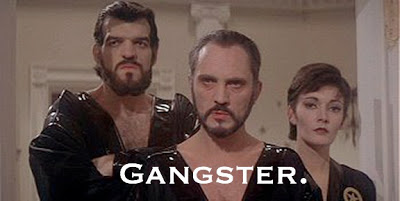 The Krypton of “Man of Steel,” by contrast, was a pretty nasty place. It is ruled by some kind of council of (extreme) elders who do not seem particularly open to alternative political views. Jor-El, whose previous entreaties to not over-mine the planet went unheeded, is now telling them that the planet is dying and urging them to give him control of the planet’s breeding program to allow their species to live on another planet. They resist him, resulting in Jor-El breaking the law and trying to save the species on his own by saving his son. Zod, the only other person who seems to agree with Jor-El’s pessimistic vision, also has been rejected by the council; his response is to organize a violent coup, killing some of them and imprisoning the rest. The coup is eventually thwarted, but the planet explodes anyway.

This is a rather pathetic outcome. A more flexible government might have listened to its top scientist and its top military leader rather than ignore them and force them into desperate actions. Some more creativity on the part of Zod and Jor-El might have allowed them to form a coalition and take over the government peacefully, but only if there were elections, and we see no evidence that Krypton is democratic. (Really, this is a world where the government is in charge of all breeding but somehow hereditary house names still matter. Weird.)

Now, granted, we’re not catching Krypton at its best. A civilization that lasts 100,000 years surely has something to recommend it. But it’s hard to mourn the planet’s loss, and Zod’s efforts to revive it are only portrayed in a very negative light. Kal-El clearly has some quality genes in him, but the new movie gives the impression that his adopted Kansas environment was far better for his development, both in terms of physicality and character, than his birthplace was.