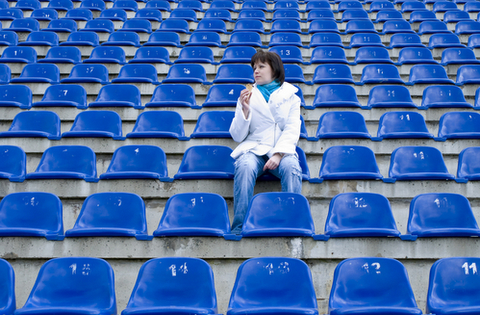 A lot of political observers seem to be perpetually baffled that the Republican Party’s palpable need for “rebranding” after two straight presidential losses and under the shadow of adverse demographic trends isn’t being implemented immediately by united support for immigration reform and silence on divisive cultural issues like abortion. So let me spell it out for them simply:

The universe of avid Republican move-to-the-center-rebranders needs to be reduced by taking out the following subsets:

1. Those who deny any need for “rebranding,” on grounds that Obama stole the 2008 and 2012 elections, or that he is only now being “vetted,” or that voters are only now awakening to the horror of his and his party’s policies and intentions.

2. Those who think “rebranding” is just a matter of better technology or campaign tactics or communications wizardry–i.e., things that don’t involve policy or ideology.

3. Those who think the demographic ghetto in which Republicans reside can be breached strictly by “outreach”–showing some interest in younger or minority or women voters without actually changing policies, positions or priorities.

4. Those who think all the GOP needs is a new cast of characters who are younger, fresher, more diverse, more camera-friendly, or simply more competent than prior leaders like Mitt Romney or Newt Gingrich or Mitch McConnell or John Boehner.

5. Those who favor “rebranding” but think it should focus on moving the party to the right, in order to appeal to “discouraged” conservative voters or “disengaged” non-voters or simply to clarify the party message.

6. Those who think “rebranding” via immigration reform will backfire by creating a new class of Democratic voters.

7. Those who think public opinion can be turned on cultural issues like abortion by smarter positioning (e.g., another run at late-term abortion bans).

8. Those who care less about winning elections than about “standing up for conservative principles.”

9. Those who want to keep the party message steady until political fortune (economic downturn, scandals, Democratic divisions, etc.) yields victory and its fruits.

10. Those who don’t fall into any of the above categories, but who just can’t stand the idea of any repositioning that connotes surrender to Barack Obama or the Democrat Party or secular-socialist liberalism.

If you go through this triage process, the surprising thing isn’t that rank-and-file Republicans or most of their representatives in Washington aren’t in lockstep agreement with a move-to-the-center strategy, but that the belief in the chattering classes this is the obvious path ahead for the GOP remains so very strong.

UPDATE: As early readers may have noted, I retitled this post and numbered the “reasons” because I’ve been advised “listicles” are the blogospheric bees knees.