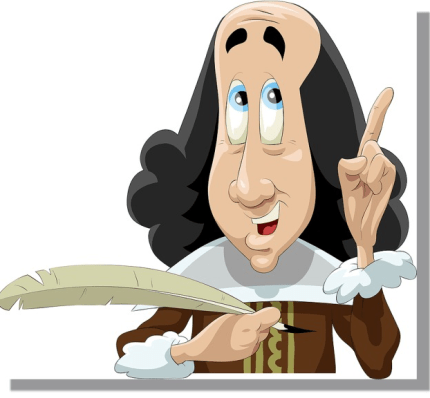 Pardon the morning Shakespeare.  But I think a small dose of Romeo and Juliet might be helpful in wading through recent commentary on the “Hastert Rule”—the expectation that House majority party leaders will use their leverage over the floor agenda to block measures opposed by a majority of the majority party.   The “rule” is in the news of course because the fate of bipartisan immigration reform rests in part on whether Speaker Boehner would be willing to allow passage of reform with Democratic votes, rolling a GOP majority.

Some thoughts on two dimensions of recent Hastert rule coverage:

First, many reporters delight in pointing out that the Hastert rule is not a formal rule, such as this morning’s tweet from Greg Sargent: “Someone needs to tell the @nytimes that there isn’t really any such thing as the ‘Hastert Rule.’”   In some ways, the distinction is politically important.  By naming the Hastert rule a “practice” (rather than a codified rule), rolling the majority party on the House floor (thereby “breaking” the rule) shouldn’t be seen as such a politically costly move for Speaker Boehner.  If the speaker is charged with protecting the interests of the chamber, then we should expect the speaker to allow a chamber—rather than a party majority—to work its will on the big issues of the day.  Reifying the practice as a rule potentially empowers opponents of  immigration reform.

That said, I’m not sure that the distinction between formal rule and informal practice or precedent matters in this context.  Even if we reach back to the early 20th century, we hear echoes of the Hastert rule in legislative parlance.  As Speaker Nicholas Longworth (R-Ohio) said back in 1925,

The key word here is duty.  Similarly, Cox and McCubbins’ model in Setting the Agenda assumes that majority party leaders “act according to a minimal fiduciary standard…they  do not use their official powers to push legislation that would pass on the floor against the wishes of most in their party” (p9).  Again, the concept is a norm, not a rule.  Leaders are expected to behave as such (and as fiduciaries, are trusted to do so), given the risk of losing their leadership positions if they violate the norm.  In other words, these accounts suggest that compliance with a Hastert “norm” is rational, and thus sustainable.  As Jon Bernstein put it yesterday, “That doesn’t need to be incorporated into any formal rule; it’s just how it is.”

That said, recent violations of the Hastert rule/norm haven’t led a majority of the conference to replace Boehner. (This isn’t surprising, given that sixty percent of House GOP voted at least once with Democrats on the three 113th Congress Hastert rule violations.) In short, I don’t think it matters whether we consider the Hastert practice a formal rule or behavioral norm: the Speaker will observe it to the greatest extent that he can, except when maintenance of the party’s reputation compels him (through the Rules Committee) to allow a bipartisan bill or conference report to come to the floor.  Again, in purely rational terms, a norm is likely to be sustained so long as the costs of compliance (however defined) don’t exceed the benefits.

Second, just a word about the efforts of conservatives (inside and outside of the GOP conference) to codify the Hastert rule.   Some report that the effort would codify the Hastert rule as a formal rule of the House. That’s not quite right: conservatives are seeking to codify the rule within GOP party conference rules.  Does the distinction between chamber and party rules matter?  Certainly the lower visibility of conference rules (and their lack of force on the House floor) might make it easier to violate or waive them.  (GOP conference rules allow a supermajority to waive party rules, and it’s not clear how a party rule would bind the Speaker’s compliance.)  Unfortunately, there is relatively little research on the politics of creating or maintaining party caucus or conference rules (at least outside of the 1970s House Democrats’ rules on selecting committee chairs). And the one piece I can think of this morning—a very nice Matt Green article in Legislative Studies Quarterly in 2002—suggested the limits of the Democrats’ famed experimentation with a binding caucus in the early 20th century.  (Binding caucus rules proved no match for internal party divisions on highly salient issues …)

That said, no one seems to expect the conservatives’ efforts to succeed.  And given that the Hastert rule/norm is only as strong as rank and file GOP’s trust that their leaders will observe it, it probably doesn’t matter whether the practice is codified or remains informal.   As Rep. Tom Cole (R-Oklahoma) reacted to the codification campaign, “I don’t think many people are apt to sign on to something like this, and at the end of the day, you trust your leaders or you don’t.”