What’s even worse is that we are making no appreciable progress on reducing child abuse.

Karen Farst and her colleagues present data on the trend in hospitalizations resulting from child abuse in children aged 0-3 years. 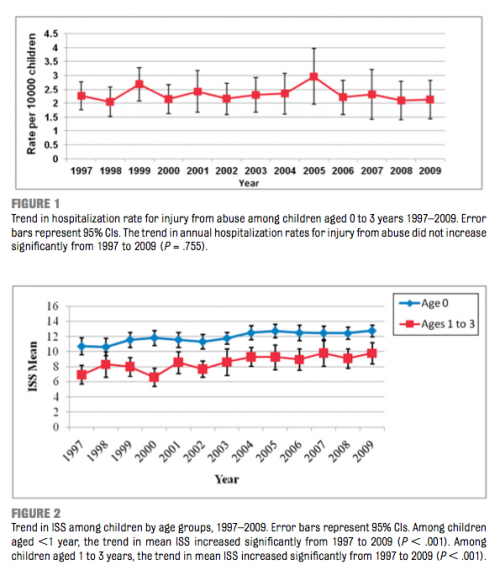 The graphs report the battering of thousands of infants and toddlers. Why isn’t this one of the scandals that animate our news culture? Is it just too shameful to talk about?