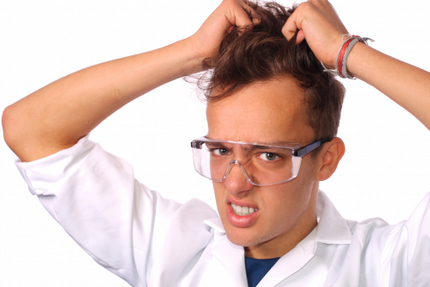 My hackles went up the second I saw the title of this Buzzfeed listicle: “8 Foods We Eat In The U.S. That Are Banned In Other Countries.” It was worse than I feared. I’ll leave it to Derek Lowe for the comprehensive takedown, but suffice to say that it’s a steaming pile of misstatement, exaggeration, and basic misunderstandings of chemical facts that is wrong in basically every conceivable way.

Just as a sample of the kind of mistakes we’re talking about, let me focus on one item: brominated vegetable oil. It’s bad, says author Ashley Perez, because

Bromine is a chemical used to stop CARPETS FROM CATCHING ON FIRE, so you can see why drinking it may not be the best idea. BVO is linked to major organ system damage, birth defects, growth problems, schizophrenia, and hearing loss.

It’s mind-boggling how complex the wrongness is here. It’s true that elemental bromine is a viciously poisonous and irritating substance that, were you to drink it, would kill you immediately. (Of course, “bromine” is not used to stop carpets from catching on fire; that’s brominated flame retardants, a completely different family of chemicals that, needless to say, is never used in soft drinks.)

One of the most basic concepts in chemistry is that of the “valence shell.” To simplify somewhat, atoms whose outer orbitals are filled with electrons are more stable. Bromine is missing only one electron to fill its shell, and so it really “wants” that extra electron and will rip it off of whatever’s handy to get it. The bromine atoms in the oil have their valence shell filled. What Perez asserts here is like saying that because chlorine gas killed people in WWI, you shouldn’t eat table salt.

Now, the wrongness goes deeper, in that these oils are used in extremely low concentrations and studies of their toxic effects involve people drinking 8-10 liters of soda a day for long periods, but this is indicative of the quality of scientific reasoning at work here.

If Buzzfeed’s little traffic meter is to be believed, this post has gotten nearly 3.5 million pageviews. It’s all well and good to do this kind of slapdash work on a slideshow of the Cutest Puppies Ever, but when we’re talking about whether our food might be riddled with nerve gas and carcinogens, someone ought to put more than zero minutes of research into the thing.