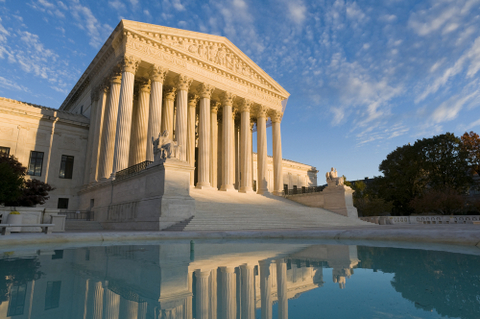 In 1978, when the U.S. Supreme Court struck down a racial quota system at the University of California at Davis Medical School and ordered a white student, Allan Bakke, admitted, many civil rights leaders were furious. As Randall Kennedy notes, the Rev. Jesse Jackson, called for a demonstration, and William T. Coleman, the chair of the NAACP Legal Defense and Education Fund said the decision “turns the Fourteenth Amendment on its head.” Only after reflection did it become clear that Justice Lewis Powell Jr.’s controlling opinion in Bakke v. Regents of the University of California, which approved of race as a “plus factor” in admissions, would be a huge win for racial affirmative action.

A similar misinterpretation appears to be happening in the immediate wake of the Supreme Court’s ruling in Fisher v. University of Texas. In the case, the Court did not dramatically declare the white plaintiff, Abigail Fisher, a victor and instead, remanded the case to a lower court to review the issue under a new legal standard. “Court keeps alive affirmative action,” the Washington Post headline reads. “A Reprieve for Affirmative Action,” suggests the New York Times editorial page. “We’re gratified that the court has essentially upheld” the 2003 Grutter v. Bollinger framework, in which race can be a factor in admissions, Sherrilyn Iffil, president of the NAACP Legal Defense and Education Fund said. “A Missed Opportunity on Racial Preferences,” suggested a conservative Wall Street Journal op-ed writer.

In fact, however, the procedural move to remand the case (leaving the ultimate outcome technically in doubt) masks the significance of the 7-1 decision, which changed the law in a way that is likely to substantially curtail the ability of universities to employ racial preferences – and pave the way for something better: affirmative action based on economic disadvantage.

Justice Anthony Kennedy, the author of the decision in Fisher, was a dissenter in the Grutter case upholding racial preferences at the University of Michigan Law School. One of the issues that most incensed Kennedy in 2003 was that Justice Sandra Day O’Connor essentially gave a free pass to universities on the critical question of whether they could achieve racial diversity indirectly – by, for example, giving a leg up in admissions to economically disadvantaged students of all races, or admitting top students in high schools irrespective or standardized test scores.

O’Connor suggested “We take the Law School at its word that it would ‘like nothing better than to find a race-neutral admission formula’ and will terminate its race-conscious admissions program as soon as practicable.” Kennedy wasn’t buying it. Judges should “force institutions to seriously explore race-neutral alternatives,” rather than being “satisfied by the Law School’s profession of its own good faith,” he wrote.

Kennedy was right to be skeptical of the claim made by universities that racial preferences are the only way to promote racial diversity. My colleague Halley Potter and I found in our study, “A Better Affirmative Action,” that in 7 of 10 leading public universities where race was dropped from admissions (usually because of a voter referendum), a series of race-neutral efforts were able to maintain, or even expand, the percentage of students who were African American and Latino as compared with the old systems of racial preference. In these states, universities adopted class-based affirmative action admissions policies, increased financial aid, established better opportunities for community college students to transfer to four-year institutions, dropped legacy preference policies for the children of alumni, and created partnerships between universities and high-poverty high schools to better prepare disadvantaged students.

It is possible, then, to create racial diversity without using race, but universities have a strong interest in denying this. Socioeconomic efforts, new financial aid programs and new partnerships with disadvantaged high schools are far more expensive than recruiting wealthy students of all races so universities like the system the way it is.

In Fisher, Kennedy has essentially written his Grutter dissent into the majority opinion. In a key passage, the Court holds, “strict scrutiny imposes on the university the ultimate burden of demonstrating, before turning to racial classifications, that available, workable race-neutral alternatives do not suffice.” And, in a stinging rebuke to O’Connor’s opinion in Grutter, Kennedy, writing for the Fisher Court, suggests that on questions such as whether race-neutral alternatives are available, “the University receives no deference.” Professions of good faith will no longer do. “Strict scrutiny must not be strict in theory but feeble in fact,” Kennedy wrote.

In a somewhat surprising development, Kennedy was able to persuade liberal justices Stephen Breyer (who was in the majority in Grutter) and Sonya Sotomayor (who has written in strong support of racial affirmative action) to go along with the new tougher standard in Fisher, giving particular bite to the law’s new teeth. Attorney Scott Greytak told Inside Higher Ed, “This is a very quiet death sentence for affirmative action that is race-conscious.”

There is widespread speculation that the short opinion – which took many months to write – represents a compromise among the justices, with Kennedy and the conservatives getting a tougher standard put in place, and Breyer and Sotomayor getting a delay in the day of reckoning by having the case returned to a lower court. By the time the case eventually returns to the Supreme Court for another review, after all, it is conceivable that President Barack Obama will have been able to replace an ailing conservative justice with a new liberal.

How will the Fisher decision affect university admissions? That partly depends on whether universities follow the new law. Racial affirmative action is strongly ingrained in the academy and college officials typically push the racial envelope as far as they can. But general counsels are likely to push back, not wanting to risk subjecting their institutions to litigation under the new Fisher standard.

If universities begin truly adopting race-neutral affirmative action programs, it will revolutionize the way students are admitted. Several researchers have found that today universities provide large preferences based on race and virtually no consideration for economic status. One study, for example, found that affirmative action by race triples the proportion of black and Latino students on selective campuses compared to a system of admissions based on grades and test scores. By contrast, universities provide no comparative boost whatsoever to the representation of the bottom socioeconomic half.

The requirement that universities first pursue race-neutral alternatives to racial diversity is all to the good. Race has always been a poor proxy for disadvantage because not all minority students are disadvantaged and not all disadvantaged students are minorities. At selective colleges, for example, William Bowen and Derek Bok found that 86% of African Americans are middle or upper class. And race-based affirmative action has missed out on large numbers of highly talented low-income students. At the most selective 193 colleges and universities, according to Anthony Carnevale and Jeff Strohl of Georgetown University, 70% of students come from the richest quarter of the population and only 5% from the poorest quarter.

Most importantly, the new class-based affirmative action can, at long last, address what today researchers find is the most substantial obstacle to doing well: socioeconomic disadvantage. These new policies can tap into the talents of poor and working class students of all races in a way that racial affirmative action never did.

Richard D. Kahlenberg, a senior fellow at the Century Foundation, is the author of All Together Now: Creating Middle-Class Schools Through Public School Choice, and is working on a book on economic segregation in housing and education.