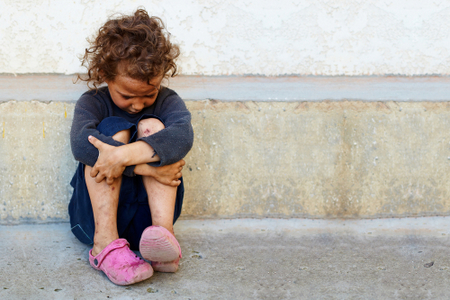 According to figures recently released by the Annie E. Casey Foundation, nearly a quarter of U.S. children live below the poverty line, compared with 15 percent of Americans generally – and that number keeps growing.

That’s bad news not only from a moral standpoint, but also because child poverty is a predictor for a vast array of factors that extend through adolescence and into adulthood. Poor children are about ten times more likely to drop out of high school than their wealthier counterparts. And poverty in childhood often translates into adult poverty; an analysis by Columbia University’s National Center for Children in Poverty found that 45 percent of poor children were also living below the poverty line at age 35.

More broadly, of course, a growth in those indicators means stunted economic growth and widening income inequality. A 2007 Center for American Progress report estimated that child poverty costs us an estimated 500 billion dollars a year in lost productivity and increased spending on health care and criminal justice.

Less a quantifiable cost, children in poverty are also more likely to be affected by mental illness and are more likely to be victims of violent crime. These risk factors are likely to increase when children live in “concentrated poverty”, or areas where more than thirty percent of the people live below the poverty line.

But perhaps the most unsettling part of the new numbers is the fact that increasing child poverty is a trend that seems immune to the factors that should be reining it in. For instance, despite decreases in unemployment since the peak of the recession, the growth in child poverty has continued unabated.

This is an important indication that perhaps something more is at play than the unemployment level, which has often been examined as a cause of child unemployment. In an analysis on the question of increases in child poverty, Eugene M. Lewit looked at the fluctuating rates of child poverty in the 1980s.

Which makes the Annie E. Casey Foundation’s findings so much more puzzling. Something is at work beyond the high unemployment levels typical of recessions – possibly the erosion of the middle-skill job market and its being supplanted with low-skill service jobs, which generally means lower incomes for those lacking college degrees.

Whatever the causes of this disturbing trend, public policy needs to keep up. Recent reports, for instance, point to a thirteen year-long decline in the purchasing power of Temporary Assistance for Needy Families, and budget cuts to social programs can only worsen the increase. Now is not the time to do away with the support that could raise up the poorest group of Americans – children.

Katelyn Fossett is an intern at the Washington Monthly. Find her on Twitter: @katelynfossett