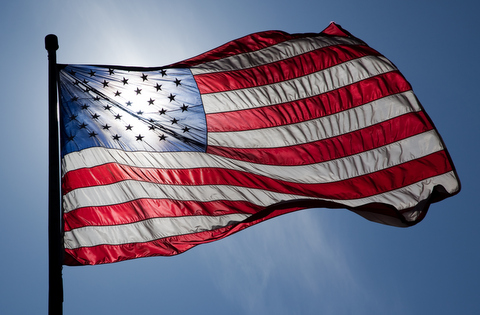 This Thursday, Americans will celebrate the nation’s founding. Fewer will recall it as the 150th anniversary of the beginning of the end of the Confederacy with the retreat from Gettysburg. This focus on the founders and studied forgetfulness of the Civil War’s role in making modern America shape our constitutional discourse, as well – as the Supreme Court’s decision last week invalidating the central provision of the Voting Rights Act (VRA) demonstrates.

In contrast to liberals who believe that the Constitution must be kept up-to-date, conservatives insist that it must be interpreted to maintain the “original intent” of its Framers. But in striking down the key VRA provision, Chief Justice John Roberts declared that “our country has changed” and, in enforcing the Constitution, Congress “simply cannot rely on the past.” Such language from advocates of an unchanging Constitution rooted in the past, and Roberts’ novel theory that the Constitution created an unwritten sort of “states’ right to equality,” may be highly original – but they are not originalist.

Those who claim to believe in following the Constitution’s letter and the Framers’ intent reject the idea, as Roberts put it, that history ended in 1965 – rather, they believe it ended in 1789. The rallying cry of “original intent” seemingly has taken “original” to mean the document’s 1789 version only. The post-Civil War Amendments hardly ever get the “originalist” recognition they deserve. There’s a reason for that: Self-styled originalists wouldn’t like the results.

That’s because, in the first several years after the Civil War, the Constitution was amended dramatically to alter the role of states from what the Framers of the original document envisioned. As a result of the war, federal authority had been forcibly imposed over a few specific states. The 13th (abolishing slavery), 14th (discussed further here) and 15th (voting rights) Amendments championed by the Radical Republicans “constitutionalized” this new relationship. The new, revised constitutional structure – which we still live under today – was specifically intended to subject states of the former Confederacy to federal control. This renders it transparently disingenuous for the Supreme Court to find itself shocked, shocked that Congress, in enforcing the VRA, would target states of the former Confederacy, and uncharacteristically to insist that we hurry on from the constitutional past.

But there is a larger project here in ignoring the intent of the framers of the Reconstruction Amendments, one that permeates the entire national discourse on constitutionalism. For this rewriting of the nation’s fundamental structures, while aimed most immediately at the unreconstructed South, also embodied a broader aim of making the federal government the superintendent of state behavior and guarantor of individual rights across a range of activities not contemplated in 1789 – and opposed by the powdered-wig set today.

As historian Eric Foner makes clear in his authoritative study, RECONSTRUCTION, when President Andrew Johnson vetoed the 1866 Civil Rights Act, which, in Foner’s words, “embodied a profound change in federal-state relations,” Congress reacted by overwhelmingly approving the 14th Amendment. This put the Republicans’ vision of a strong federal government beyond the reach of any future President or Congress to dilute or repeal.

This vision extended to “issues having nothing to do with Reconstruction. In a May 1866 debate over protecting Americans against cholera introduced from abroad, [Senator Charles] Sumner called ‘the national power’ best equipped to handle the problem” over protests from moderates that “public health matters ‘fell within the police powers of the States exclusively.’” This presages debates we still have today – except for one fact: The expansive view of “the national power” not only triumphed but also was then enshrined in the Constitution.

In sum, the Civil War engendered “a new conception of the powers and potentialities of the national state.” It is not a coincidence that this occurred in the midst of the general 19th Century global movement toward creation of strong, modern, national states. Thaddeus Stevens, the Radical Republican leader in the House whom most Americans now know through his sympathetic portrayal by Tommy Lee Jones in the recent movie Lincoln, in fact declared, “We are making a nation.”

Those on the right still rail against this. In fact, within a decade the conservative Supreme Court was already interpreting the Amendment’s reach to ignore its original intent – though not where it suited conservative interests. Writes Foner, “1877 marks a decisive retreat of the idea, born during the Civil War, of a powerful national state protecting the fundamental rights of American citizens. Yet the federal government was not rendered impotent in all matters – only those concerning blacks.” The current Supreme Court has set about to correct that disjuncture. Just not in the way the Framers intended.

The written Constitution under which we live today represents the emergence of a vastly different conception of the need for centralized, national power in the 19th Century from that of the revolutionaries of the 18th. Unwise departure from founding principles or not, relevant or irrelevant to today’s world, this reconceptualization of the federal role and federal/state relations was adopted and written into the Constitution, supplanting that of the founding generation. So, if one truly believes (as I do) that fidelity to our nation’s heritage, laws, and values requires giving force to what’s actually in the Constitution and what the framers of those provisions intended, then it’s inconsistent (to be charitable) to continue to cling to, say, Patrick Henry’s vision rather than, say, Thaddeus Stevens’. Or Abraham Lincolns’.

The so-called originalists of today want to forget the results of the Civil War for any number of reasons. The one most often voiced, of course, is a fidelity to the supposed fear of the original founders (in reality, only some of them) for what elevation of “the national power” over “states’ rights” would mean for freedom. It’s worth recalling, then, on this 150th anniversary of the Confederate retreat from Gettysburg, Abraham Lincoln’s famous and hopeful prophecy at that “hallowed ground,” with explicit reference to the first founding “four score and seven years” earlier, that the coming refounding would provide the nation a “new birth of freedom.”

Eric B. Schnurer is the president of Public Works LLC, a public sector consulting firm.