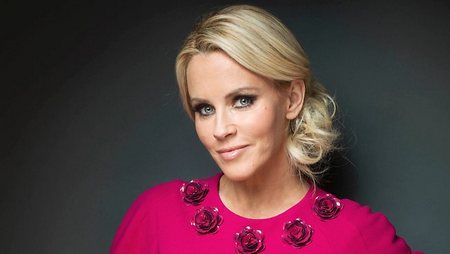 If you thought the CIA’s effort to single-handedly keep the polio virus alive and paralyzing/killing people by using a fake vaccination campaign to hunt for bin Laden’s DNA (a failed effort which led directly to the murder of health workers and polio outbreaks) is the most despicable vaccine-related story of the last few years, ABC is giving them a run for their money. Elizabeth Hasselback and has left The View and in her place they’ve hired Jenny McCarthy, former nude actress and full-time producer of anti-science bullshit that has demonstrably harmed the health of the American people.

You see, Jenny McCarthy practically embodies the definition of Smithian Derp. She claims vaccines cause autism. She has no idea what are in the things. She claims her son had autism but she cured him with a gluten-free diet.

I’ll leave it to Phil Plait for the full treatment, but needless to say, all of those claims are utterly wrong both in broad scope and in detail. It’s infuriating, but honestly, it’s hard to be very mad at McCarthy at this point. She’s been pulling this stuff for years, and in plain view of everyone. Many have been trying to convince her otherwise with no success. Some people are just incapable of even a slight approximation of rational thought, and she’s obviously one of them when it comes to vaccines and medical science generally.

Let’s save the real outrage for the executives at ABC who oversaw this hiring. There can be no possible justification for giving a platform and credibility to such a noxious figure—like there’s a shortage of washed-up celebrities to talk fluff on daytime TV? What borderline-sociopathic disregard for the health and safety of the American public! What a total abdication of any sense of patriotism or civic responsibility!

And lest any argue that celebrity idiots screeching on the TV can’t have much negative effect, McCarthy et al have already done real damage. They and their allies have sowed enough doubt to reduce herd immunity to the point that we’re now having regular outbreaks of easily preventable diseases. We’ve had measles outbreaks in South Africa, Australia, Russia, the UK in 2012 and 2013, and in South Carolina earlier this year. Both the US and the UK had full-blown epidemics of pertussis last year, with many babies killed as a result.

These are the wages of vaccine denial: sickness, permanent disability, and death. Apparently those things are of no concern to Anne Sweeney, Ben Sherwood and Diane Sawyer.