The Gates Foundation is now the largest and most powerful foundation in America. It influences a whole variety of policy areas, but a recent piece in the Chronicle of Higher Education agues that it’s perhaps most influential in higher education policy. And that might not be such a good thing.

In order for any education reforms to get anywhere in America, they have to be Gates approved. Gates has thrown $472 million on higher education reform. The trouble, however, is that Gates has a very strong perspective, and great power, but not necessarily great ideas.

According to the article, by Marc Parry, Kelly Field, and Beckie Supiano, Gates education looks like this:

Gates’s rise occurs as an unusual consensus has formed among the Obama White House, other private foundations, state lawmakers, and a range of policy advocates, all of whom have coalesced around the goal of graduating more students, more quickly, and at a lower cost, with little discussion of the alternatives. Gates hasn’t just jumped on the bandwagon; it has worked to build that bandwagon, in ways that are not always obvious.

Higher education should cost less, produce more graduates, and better serve low-income students, the Gates thinking goes. Colleges cannot count on more public money to fix their problems. Instead, better data and openness are part of the solution, to do things like measure the “value” added by each institution. So is technology: Among the foundation’s investments are projects to test how massive open online courses, or MOOCs, could change introductory and remedial classes.

But it’s not as if no one’s ever worked to fix college in America before. Indeed, many academic researchers have been working on college quality for years. And their perspectives, according to the article, really just don’t matter much. They’re effectively locked out of education reform. 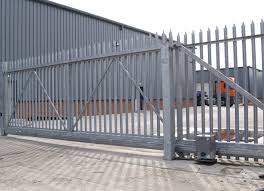 “[The people at Gates] start with the assumption that something is broken,” says Patricia A. McGuire, president of Trinity Washington University, which serves low-income women in the District of Columbia. “Then they take the next step of deciding what the fix is before they really understand the problem.” Skeptics say such confidence is dangerous when dealing with complex social phenomena like education.

That doesn’t mean that it’s wrong, or that its influence is treacherous. But the road to hell….

Gates made billions in a computer business. The fact that he then turns around and proposes computers and bottom-line style demonstrations of effectiveness as the solution for all higher education’s problems should strike us as, well, curious, but it’s not actually a conflict of interest. The Gates Foundation won’t really make much money on technology sales.

But the world’s richest man has a very clear perspective on what he thinks will work and, as the University of Wisconsin’s Sara Goldrick-Rab puts it, “he who defines the questions determines the answers.”

There’s no allegation of impropriety. Bill Gates already has $5.1 billion and he needs, and desires, no more money. But his own source of wealth probably dramatically determines the perspective of the Gates Foundation.

All of this is sort of like if in the late nineteenth century steel baron Andrew Carnegie, instead of building public libraries in communities across America, decided that in the future all books in America had to be made out of steel.

It’s a great idea! The books will stay around longer than those crappy paper ones! When they’re done with them impoverished families can sell the books for scrap metal! So what if the books are more expensive than paper? We’ll offer low interest loans to help families buy the books they need!

This sounds pretty stupid and it would , of course, would have been a dramatically less effective way to inspire a love of learning in children. But the reality is that there is simply no policy idea too misguided to be marketed in America.

There is considerable room for diversity of efforts within the Gates reform structure. And Gates isn’t trying to shut anyone’s other ideas down. But it doesn’t really need to. If you throw hundreds of millions at the idea that the solution to all higher education problems is technology and measuring “the ‘value’ added by each institution,” well, other ideas really don’t matter.

Policy discussion doesn’t just depend on the force of argument and evidence; it mostly depends on resources and force of will. But many ignored reformers, according to the article, worry the whole Gates perspective could actually make college education in America worse, a lot worse. From the article:

Critics fear that the focus on quickly pumping more students through the system could encourage colleges to water down requirements or turn away applicants who might struggle. Already some feel it has prompted community colleges to churn out too many graduates with short-term certificates that polish the colleges’ completion numbers but offer dubious long-term value to students. Eventually, critics worry, the foundation’s efforts to promote access and completion could actually increase social divisions by creating separate and unequal programs.

Alternative positions like, say, the idea that stronger unions, better tracking to quality high school vocational programs, higher taxes, and free college might be a better way to prepare American students to succeed in the future, are simply not important enough for robust policy discussion.

Note: this article was inspired by a conservation on Twitter with the New America Foundation’s Kevin Carey, Inside Higher Ed’s Paul Fain, the University of Wisconsin’s Sara Goldrick-Rab, and freelance writer Anna Kamenetz earlier today. They are awesome. You should follow them at @kevincarey1, @paulfain, @saragoldrickrab, and â€@anya1anya, respectively.