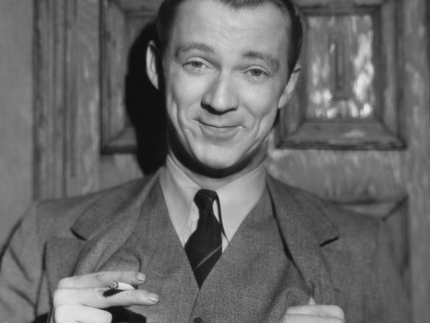 Who needs degrees and careful study when you’ve got blithe assertion?

The news around climate sensitivity has driven our contrarian population to new heights of glib smugness, and that’s saying something. Up today is Walter Russell Mead, doing his level best to make me pop a cranial blood vessel.

Scientists are theorizing about why surface warming has slowed, and Mead concludes that climate science is all hokum. (Seriously, that’s only a slight exaggeration.)

Two points, before I move on:

1) Once again, global warming is not determined wholly by observed surface temperatures. In fact, it’s rather the opposite. Over 90 percent of the heat captured by increased CO2 concentration ends up in the oceans. This probably has something to do with the staircase behavior of surface temperature, as heat gets alternately sucked up and dumped out of the earth’s enormous mass of water.

2) Complexity can be misleading. It’s true that the climate is extraordinarily complicated—weather patterns were one of the first examples of chaos theory. Climate scientists argue all the time about whether their models are correctly tuned in all the details (whether this monsoon will get stronger or weaker at a higher temperature, that kind of thing). But the logic of climate change depends on some fairly simple physics. The complexity of the system’s reaction to a very simple force is not some saving grace.

Anyway, I’m getting rather tired of making these points over and over again, and I doubt one more is going to convince anyone. Mead’s post has the same problem that all its brethren posts have: it has no data-based argumentation whatsoever.

To review: the climate hawk view is informed by estimates of how much additional carbon dioxide emissions are likely to increase the earth’s temperature. That’s sensitivity (to simplify a bit). If this number turns out to be smaller than previously guessed, that gives human society some extra running room on the margin in terms of the amount of carbon dioxide we can emit before catastrophic consequences are manifest. How much running room depends on the what the new estimate is, and critically, how fast we’re emitting carbon dioxide.

Mead doesn’t even gesture at how the new data might change this analysis. In fact, he doesn’t talk new estimates of any kind. Instead, he just pounces with palpable glee on the perception that The Scientists seem to have been wrong about something, and pronounces the case for action on climate change dead:

There are innumerable variables in the climate system that could be responsible for the warming slowdown. These scientists have identified some of the likeliest culprits, but one professor admitted that they “don’t fully understand the relative importance of these different factors.”

That’s a big problem, considering most green legislation aimed at reducing emissions calls for measures to prevent very specific degrees of warming. This recent warming plateau is exposing our limited understanding of climate, and it’s effectively killing the rationale for green policies that limit growth and, at the most basic level, try to force people to do things they would rather not do.

Aside from being completely wrong (very specific degrees of warming? we’re about keeping it as low as possible, dude), this is insane. Because the bedrock reality here is that carbon dioxide emissions continue to increase rapidly. A smaller estimate of sensitivity might allow us to increase CO2 concentration to 550 parts per million or so without civilization-threatening impacts. But right now we’re well on track to blow past 1000 ppm by the end of the century. And that’s leaving out “slow feedbacks” (things like the melting Arctic permafrost) which might increase overall sensitivity in the long-term. You can’t just say “surface warming has slowed!” and conclude “we don’t understand the climate.”

I think Mead’s total disregard for these facts tends to reveal that he’s a scientific illiterate whose identity is tied up with believing that everyone but himself makes elementary logical errors all the time, so he can overturn entire fields of study with a few smug paragraphs without having to actually know the details of anything. (Call it Freakonomics Disease.)

But maybe that’s just me. He is, of course, free to have another go.