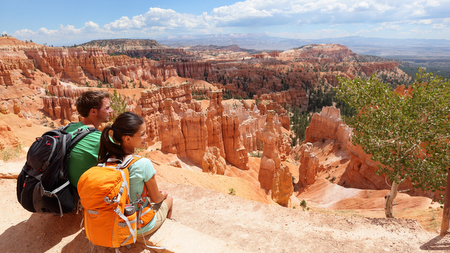 A couple weeks ago, Andrew Sullivan wrote a series of posts on social mobility in the U.S. by region, focusing on the lack thereof in the South according to a map from the New York Times. The nation’s most upwardly mobile city, according to that map, is Salt Lake City, Utah, and the Times’ written accompaniment compares it to Denmark and Norway in the social-mobility metric of likelihood that a child raised in the bottom 20% of income to the top 20% by adulthood. That probably surprised some folks: plenty of people forget that Utah even exists, and when they do think of it they think of skiing (aka rich people) and Mormons (aka conservative people). What’s that about social mobility?

As it turns out, it’s not the only surprising statistic about Utah, arguably the most conservative state in the country and basically the opposite of Denmark and Norway when it comes to social spending and other government policies ordinarily associated with mobility and low rates of poverty. For example, it is the fastest growing state in the country by some metrics. The Census Bureau ranked it fourth in this category in 2012, having dropped from first during the Great Recession. Study after study ranks it at or near the top in various categories of well-being, including access to clean water and employment satisfaction; some such surveys have Utah leaving runners-up in the dust. It recently had the lowest rate of child poverty and the fourth-highest child well-being, though it slipped in those categories as well due to the economy (while other states intervened when child well-being was at risk during the recession, Utah coasted).

Yet it posted leading numbers in earlier years despite having the second-lowest benefits for children through the Temporary Assistance for Needy Families (TANF) program, low Medicaid eligibility, and lowest-in-the-nation education spending (among other states who score highly in well-being rankings, these are extremely unusual characteristics; the study that ranked Utah highly also reported the overall conclusion that “child well-being is strongly related to higher state taxes and robust entitlement programs”). Teen pregnancy, out-of-wedlock births, abortions per capita: 47th, 50th, and 50th. Utahns, living up to their state motto, Industry, are the most productive workers. Forbes called it the best state for business, and the Pew Center on the States ranked it the best-governed.

After digesting enough of these superlatives, and their apparent inconsistency with Utah’s political characteristics (at least those related to health and well-being), it starts to become clear that they are not coincidental with the state’s most essential characteristic: its homogeneous and pious religious culture, which is founded upon a widely misunderstood and, until recently, vilified Christian sect, the Church of Jesus Christ of Latter-Day Saints. 62% of Utahns are Mormons. Mormonism’s culture places the highest emphasis on family and community, fostering an environment in which everyone just kind of trusts one another. This dates back to when the Mormons, led by church founder Joseph Smith and his successor as its president, Brigham Young, worked their way westward across the country and experienced one atrocity after another as they kept trying to settle in already-populated areas that were highly skeptical (read: violently intolerant) of the newfangled all-American religion. Persecution has a way of bringing a multigenerational tight-knittedness to a group, and that’s what happened with Mormons. Upon their arrival in Utah in the mid-19th century, there was a movement backed by young to live under a collectivist framework known as the United Order of Enoch—essentially a Communist theocracy in which property was owned by the church and thus its members as a collective, and income was shared. That didn’t last long, but it shows how remarkably strong the Mormon collective identity had become by the time the beleaguered pioneers arrived in the West. It endures, to some extent, in the climate of shared faith, mutual trust, and respect that contributes to quality of life and safety in Utah, and in that communal celebration so well-known to all Utahns: the Jell-O potluck.

Of course, much of what I’ve just described is a typical result of a population where everyone is “the same” (viz.: Denmark, Norway). Differences foster division, and when one knows that his or her neighbors, colleagues, bosses, subordinates, elected representatives, etc., worship the same God and observe the same set of values, there is a sense of familiarity and kinship that—as evidenced in this example—promotes high quality of life and all its accoutrements. So while one very conservative region with low social spending and a deeply fraught history relating to slavery, segregation, and general mistrust between groups—i.e., the South—does very poorly on questions of health, well-being, education, employment, etc., another such place without the cultural scars and with something, a strong and homogeneous religious faith founded on community, to “replace” the absence of government programs does well on all those metrics. Hence, in spite of all the conventional facts about what political circumstances foster social mobility, Utah bucks the trend there as well. (Plenty of diverse places also manage good social mobility—San Francisco ranks second behind Salt Lake City on the Times map—but not with Utah’s dearth of social spending.)

Speaking of trend-bucking, continued perusal of the stats and figures reveals that Utah is a bit of a paradox in many other respects as well. While it is ostensibly the most Republican state in the nation, giving 73% of its popular vote to Mitt Romney in 2012, its high performance in wellbeing measures put it at the opposite end of that spectrum from most of the other “reddest” states. (It is worth noting that Romney has deep ties to Utah and was the first LDS presidential nominee, and his performance was therefore exceptionally strong. However, Utah is of course one of the safest states for the Republicans and has not voted for a Democrat for president since 1964.) It is located in the West, surrounded by some of the least religiously observant and most atheistic states, yet has the third-highest rate of church attendance. And despite its strong religious observance, with the second-highest number of self-identified “Very Religious” people at 57% (Provo, the location of Brigham Young University, is the most religiously observant metro area in the nation by a wide margin), it also has a relatively high number of self-identified “Nonreligious” individuals (28%), suggesting that, for the most part, one is either Mormon or nothing at all.

And then there’s that population growth. In the Matt Groening show Futurama, set 1,000 years in the future, a character explains the colonization of Mars: in the 20th century, he says, “Mars was just a dreary uninhabitable wasteland… much like Utah. But unlike Utah, it was eventually made livable.” And there you have the general urban/coastal consensus about this vast, desert-covered, religiously heterodox flyover state. What accounts for that contradiction?

The growth comes from two distinct sources. First is its economic vitality, which dimmed somewhat during the Great Recession but remained strong relative to other states (a 2010 Newsweek piece called it “the new economic Zion”). Much of this growth has been due to the emergence of the technology industry and its adoption of Utah as one of its home-base states. This strain of growth has been progressively diversifying the state, which can be seen in Salt Lake City’s declining proportion of LDS Church membership. However, the other strain of growth in Utah is a counterweight to this trend. Especially in the wake of the economic downturn, when emigration tapered off somewhat, the (distinctly Mormon) phenomenon of Utah’s highest-in-the-nation birthrate has returned to the fore. Thanks to Utah’s fertility, it is the youngest state and possesses the lowest rate of death. As this young, healthy population grows into the state’s vibrant economy, upward mobility is a natural consequence, a trend which is catalyzed by Utah’s culture of mutual trust based on familiarity.

Do not mistake this as a case for homogeneity or against diversity. The things mentioned here aren’t the end-all be-all of a good place to live, and Utah (along with the LDS Church) has plenty of issues it needs to address. But it is a good case study of how cultural factors, at the macro level, can supersede political and economic assumptions to characterize a place. The result: “This is the place,” the pronouncement made by Brigham Young upon the Mormons’ arrival in the Salt Lake Valley, has increasingly applied to non-Mormons, too—really, to anyone seeking high-skill, high-wage employment, good quality of life, social mobility, and The Greatest Snow On Earth™.