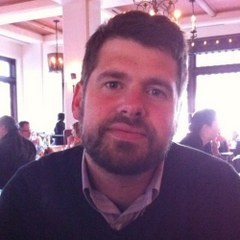 This week Johns Hopkins University received quite a bit of bad press for asking one of their faculty members, Matthew D. Green, to take down a blog post he wrote regarding recent encryption revelations associated with the National Security Agency (NSA). The incident raised major concerns about academic freedom and the role of classified government and military research on campus.

As an undergraduate enrolled at Hopkins, I followed the story closely, beginning with Green’s initial tweets midday Monday, to eventually much larger national news coverage in places like ProPublica, The Atlantic, and The Huffington Post by Monday evening. By Tuesday afternoon, the Interim Dean of the Whiting School of Engineering, Andrew Douglas had sent Green an apology for his behavior on behalf of the university, stating that he is “keenly aware” of academic freedom’s “centrality to our enterprise,” and apologizing for, “act[ing] too quickly, on the basis of inadequate and – as it turns out – incorrect information.”

While Douglas’ apology was enough to resolve this particular incident , it raises a host of questions. How does the Department of Defense and the NSA, organizations with whom Hopkins shares long-standing ties, affect the decisions of the university? What kind of top-secret government research is going down at JHU — and is it a good thing for students and academia?

These questions require taking a closer look at the nature of an elite research university that is both publicly committed to the free and open exchange of ideas while simultaneously conducting classified research unbeknownst to the larger academic community.

Hopkins Professor Stuart Leslie, who has done extensive research on the history of the “Military-Industrial-Academic Complex” at the university, says the epicenter is Hopkins’ Applied Physics Lab (APL), one of the earliest classified military research laboratories joined to an academic institution. He says the marriage was forged in part because when the government wanted to recruit Hopkins’ top scientists and engineers, many were not willing to work directly for the government and military arsenals, but felt more comfortable in a quasi-academic setting. Today, the APL employs roughly 5,000 people and receives more federal contract dollars than almost any other institution, Leslie said.

But over the years the tension between academia—known for its openness and collegiality—and classified government projects has repeatedly surfaced. “During wartime it’s a little easier to imagine why you’d do it because everyone wants to contribute to the war effort in whatever way they can,” said Leslie. “After [WWII], the Navy decided [APL] was the kind of expertise they would also need during the Cold War—and it continues on today.”

Beginning in 2012, when Johns Hopkins University President Ronald Daniels began the “Identity Initiative” with the goal “to begin telling a more cohesive and powerful story” that unites the entire university, the disparities between academia and classified research began to arise. An organization called The Johns Hopkins Human Rights Working Group began organizing a petition and campaign against the classified APL research that focuses on drone development. The group released a statement that said, “We are asking for a moratorium on Pentagon-funded drone research at Hopkins until the university community and general public has an opportunity to fully discuss this research and its ethical, military, social, and environmental implications.”

Derek Denman, a political science graduate student and one of the leaders of the campaign against APL research, said in an interview last November, “APL does all sorts of research into software, sensors, and guidance systems used on drones.” Denman pointed to Hopkins engineers, who built, in 1998, a system that would enable Special Forces to control drones from submarines, and then later began to develop swarming technology that would enable drones to function more autonomously.

“I only have access to what APL reports in the APL Technical Digest – their quarterly publication,” said Denman. “It’s not possible for the wider university community to know the full extent of the research going on at APL.”

This isn’t the first time students and professors have protested classified military or government research on campus. In the ‘60s, Hopkins became one of the first universities with military research laboratories to draft policy regulating the separation of classified research from that of its other research. The policy was last updated in 2005. Other institutions with incorporated military research laboratories, like Massachusetts Institute of Technology (MIT), ultimately decided to make the laboratories independent through divestment.

“In the 1960s students at MIT protested strongly against having a classified research laboratory on the campus and MIT said we will divest it, so it won’t be part of MIT anymore,” said Leslie. “It still exists in Cambridge, but it’s not officially connected.” Leslie also points to Stanford, where they made the decision for their Stanford Research Institute to disaffiliate and become an independent non-profit.

Johns Hopkins alternatively made the opposite decision. “The university holds a belief that this kind of [classified] research requires responsibility—it’s important to have some oversight–and that we think there might also be some academic benefits to be gained from it,” said Leslie. Ultimately, Hopkins’s policy is that no classified research may take place directly on the Homewood campus. In addition to the APL, which is about a half-hour drive away, classified research also occurs a fifteen-minute walk from campus at the Steiff Silver Building near the Jones Fall Expressway.

Edward Scheinerman, who serves as the Vice Dean for Education at the Whiting School of Engineering said the university was walking a fine line. “We wanted to create a situation where students don’t feel uncomfortable with all the security, and it’s kind of awkward because there are a lot of international students who wouldn’t be able to enter the buildings,” said Scheinerman. “On the other hand, we want to do the research.”

Things may become more complicated with a new engineering building, Malone Hall, set to open on the Homewood campus in 2014. A statement released in May 2012 said that Malone Hall would be “the Homewood campus hub for the university’s individualized health initiative, an effort that brings together researchers from the schools of Engineering, Medicine, Nursing and Public Health to develop the most effective medical treatments for individual patients.” But in a subsequent press release the following September, Hopkins said that unclassified military research, led by The Center of Excellence on Integrated Material Modeling (CEIMM) will also be conducted in Malone Hall. The statement confirms that much of this research will be funded by the U.S. Air Force and states, “The long-term goal is to produce lightweight, yet durable, components for future military aircraft, from fighter jets to surveillance drones.”

“While no classified research currently occurs on the Homewood campus, the influx of military contracts and joint APL-Homewood programs make it an important time to reaffirm the commitment to the open exchange of ideas and information on this campus,” said Denman.

Which brings us back to this week’s incident with computer science professor Matthew D. Green. Despite its stated policy separating classified research from traditional academic research, Hopkins’s relationship to the APL and the NSA remains murky. For one thing, Hopkins is still avoiding answering the public’s questions about who first raised the blog post concern, and why. Furthermore, most students have no idea about what sort of ethical oversights, if any, exist for classified military research. All research at APL and other Hopkins must be approved by the Institutional Review Board (IRB) if it involves human subjects, but most APL research doesn’t, so it’s not subject to such review. “We don’t have to first call home and ask permission. For the most part we just do it,” said Scheinerman.

According to Marlin-Bennett, research conducted under contract with U.S. government agencies is subject to the ethical evaluation by legislators who have a responsibility to conduct oversight. She also said that to the extent that citizens become aware of classified research subject matter, “[those] who want to peacefully protest…can do so.”

Public trust, in addition to academic freedom, is vital to a university’s ethos. With the ethics of drone warfare still being debated across the country, and with increasing ethical concerns surrounding the NSA’s expanding surveillance capabilities, it is time for Hopkins to start talking more openly with its students and staff about what sorts of responsibility we share for the research we do at our university.