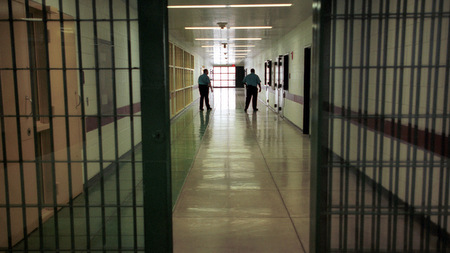 The battle against unjust, wasteful prison sentences moves to Congress next week – and could become a tipping point in the conservative “war on prisons” we described in these pages last year.

So far, the Republican Party’s evolution on mass incarceration has played out mostly in the states, with incremental progress at the federal level. But Washington could be headed for a fundamentally new tone on crime with the latest wave of bipartisan reform legislation.

Of course, the Obama administration has already taken advantage of the thaw in “tough on crime” politics. In August, Attorney General Eric Holder decried the injustices of mass incarceration and declared that federal prosecutors would exempt some low-level offenders from mandatory minimum sentences. But the administration should be wary of moving too far ahead of Congressional Republicans, lest it undermine the emerging consensus.

Conservative support for sentencing reform is crucial not only because Republicans control the House, but also because it provides cover for Democrats who might otherwise fear being tarred with the “soft on crime” label. As we have argued, that conservative support has been growing as the result of an alliance between fiscal hawks and evangelicals. The reform movement’s arrival in Congress also reflects generational change. New members did not experience the “tough-on-crime” hysterics of the 1980s and 1990s and do not have strong opinions on the subject. As a Republican aide on the House Judiciary Committee put it: “The main response from Republicans is … ‘This is all new to me.’”

But precisely because it’s all new to many members, the next few weeks could be crucial for the “branding” of federal prison reform.

Senators will hold a hearing Wednesday on two bills to reform federal mandatory minimum sentences. Kentucky’s Rand Paul has laid down a marker on the issue with a bill that allows judges to deviate from any such sentence. Meanwhile, Utah’s Mike Lee — the Tea Party favorite who defeated former Senator Robert Bennett in a primary — has teamed up with Illinois Democrat Dick Durbin on a measure that reduces the reliance on these sentences more surgically. (Patrick Leahy, the Democratic chairman of the Senate Judiciary Committee, has signed onto both bills.)

In the House, Kentucky Republican Thomas Massie and Virginia Democrat Bobby Scott have filed a companion bill to the Paul legislation. In addition, Scott has partnered with Utah Republican Jason Chaffetz on legislation that would allow federal prisoners to earn the opportunity to serve portions of their sentences in alternative custody, such as home confinement. The House has also convened a bipartisan task force on “overcriminalization.”

To consolidate this momentum, more Republican stalwarts will have to come out in favor of reform in the next few weeks. It certainly helps that the Paul-Leahy bill has won support from a group of former federal prosecutors and judges and from prominent conservatives including George Will. But — in keeping with Washington’s perverse logic — the cause of rallying conservatives could be set back if reform acquires a reputation as an Obama agenda item.

Already, some Republicans have grumbled – off the record and on – that Holder’s new policy of bypassing mandatory-minimum laws for some offenders was only the latest in a line of unilateral administration actions usurping Congressional authority.

Sour grapes aside, history teaches that intervention by presidents in congressional debates tends to be polarizing. It doesn’t help that many of the conservatives who need to be cultivated on mass incarceration have made a sport of vilifying Holder in recent years. There is a real danger that his well-intentioned involvement in the issue could undermine the message that criminal-justice reform is a legitimate conservative cause.

Someday, the parties hopefully will compete to show which side can do the most to reduce mass incarceration. But we are not yet in that virtuous cycle. Allowing the issue to polarize now, before Republicans are fully committed to the reform position, could induce them to revert to the old, 1990’s “tough-on-crime” posture. Democrats, still traumatized by the memory of Willie Horton, would almost certainly be scared away from the issue as a result.

Rolling back mass incarceration is an urgent cause – but that’s all the more reason for liberals to play their hand carefully.