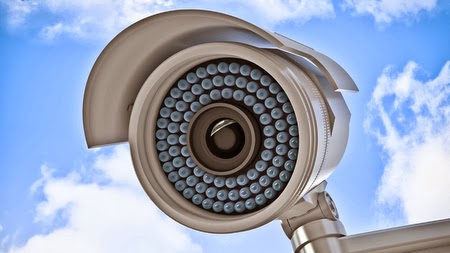 Senate Intelligence Chairwoman, Dianne Feinstein (D-CA), in an effort to protect the National Security Agency from a major reduction of its surveillance capabilities, is arguing that the U.S. could have prevented the 9/11 terror attacks had we had modern NSA powers back in 2000.

Feinstein declared in a Senate Judiciary hearing on Wednesday that before 9/11 “our intelligence was inadequate and we couldn’t collect enough data.” She argues that “absent these kinds of technological programs, we do not have an opportunity to pick [the information] up.” Her implication was that such reductions would render the U.S. government incapable of preventing future attacks.

How far the government, (and by extension, the public) pushes to reform / reduce / restructure the NSA will crystallize in the coming weeks as the national debate cranks up. But one thing is clear. Dianne Feinstein, who served on the Senate Select Committee on Intelligence when the Congressional Joint Inquiry into September 11 was created, knows that there was quite a bit of ignored intelligence prior to the 9/11 attacks.

As co-director of the Center for International Security and Cooperation, Amy Zegart outlines in her book, Spying Blind, the problem before 9/11 was not really about a dearth of useful intelligence. To the contrary, there actually was much of that. Failures were more rooted in an inability to react to intelligence signals. This failure was, as Zegart argues, because of institutional resistance from intelligence agencies themselves, “whose structures, habits, cultures and procedures had grown impervious to change after decades of fighting the Cold War.” We had the capability to investigate pertinent intelligence prior to 9/11, but we didn’t.

Zegart argues that President Bush and Congress initially passed the PATRIOT Act, which reduced restrictions on law enforcement agencies’ ability to search individuals’ records and communications, eased restrictions on foreign intelligence gathering, and broadened the scope of detaining and deporting suspected terrorists, because it was “a lower cost approach to intelligence reform.” Bush saw he could use his unilateral powers more easily than “getting embroiled with the Defense Department.” Rather than engage in a politically costly intelligence reform fight, Bush opted for more minor changes through executive orders and announcements. From a political perspective, the PATRIOT Act was an ideal government response, but from a national security perspective, Zegart argues it was a real “squandered opportunity.”

Today Zegart says the near-term challenge is to “stop Congress from doing something stupid, such as the wholesale cancelling of NSA programs and capabilities.” However that appears to be a bit of a straw man fear, given it’s not really a seriously debated proposal. Zegart also argues in her book that U.S. intelligence agencies haven’t made much progress since 9/11 in terms of truly reforming their longstanding organizational cultures. Wide-scale metadata is probably not the panacea to these much-needed structural adaptations.

While we can’t ever know with full certainty what would have happened if we had modern NSA capabilities in 2000, we can surely make an educated guess. We do know what we didn’t do with the information and capabilities we possessed at the time. Feinstein says we couldn’t collect enough data, but as the Congressional Joint Inquiry showed, collecting data wasn’t really the issue.

All of this, coupled with Deputy Director of the NSA, John Inglis admitting in a Senate hearing that there is little evidence that the Section 215 phone record collection has helped to thwart terrorist attacks, and that evaluating the effectiveness of the practice is “a very difficult question to answer,” raises further questions about Senator Feinstein’s 9/11 assertions.

At Wednesday’s hearing, Senate Judiciary Chairman, Patrick Leahy (D-VT) discussed the prospect of a major reduction of the NSA’s powers. He supports curtailment that would go well beyond the NSA legislation Senator Feinstein is preparing; hers would focus primarily on transparency and oversight.

“Additional transparency and oversight are important,” Leahy said. “But I believe we have to do more.

Yet Leahy’s vision of “doing more” doesn’t really translate to the deep organizational changes Zegart advocates, either. Leahy pointed to things like the NSA’s secret interpretation of Section 215 of the PATRIOT Act, which allows the FBI to obtain all sorts of records so long as they’re ‘relevant’ to fighting international terrorism, and Section 702 of FISA, which the NSA has used to justify searching communication databases of U.S. citizens, as evidence for more serious governmental reform.

As such, Ron Wyden (D-OR) introduced a bipartisan bill that would, among other things, prevent the NSA from bulk-collecting Americans’ phone records under Section 215, and eliminate the NSA’s authority to install “backdoors” to monitor Americans’ internet communication.

Whether these proposals will provide sufficient reform to the intelligence community, both in terms of improving its effectiveness and restoring the public’s trust, remains to be seen.