Just when you think he’s hit bottom, he keeps going.

First bit: Fournier believes that Republican demands (about ACA) are unreasonable, but that Barack Obama should negotiate with them. Fournier entirely ignores the argument against negotiations: that rewarding hostage-taking is a mistake, and that therefore Obama should not be willing to give anything at all on the debt limit (or, for that matter, on a short-term CR, as opposed to a full year funding bill). There are counterarguments to that position, I think, but Fournier just ignores it completely.

Second bit: Fournier believes that Obama should be negotiating with Republicans “to deftly steer an embattled and divided GOP away from Obamacare and to an issue worthy of high-stakes negotiations: The nation’s long-term budget crisis.” Hang on for a second about how likely that would be to work, but I really hate the hubris of this: hey, both sides, ignore what you’re fighting about and solve the problem I care about! Beyond that, how long does Fournier thing this deft steering would take to actually reach a resolution? Is it even remotely realistic that it could get done in less than two weeks even if both sides were really willing to negotiate honestly and productively? Does Fournier believe that it is? Or, more to the point, is Fournier’s position really that the government should stay shut down, and perhaps the debt limit breached, while all this negotiating is going on? Because he’s criticizing the Democrats, who are all for negotiating over the budget…but only after the shutdown ends and the debt limit is raised or abolished. 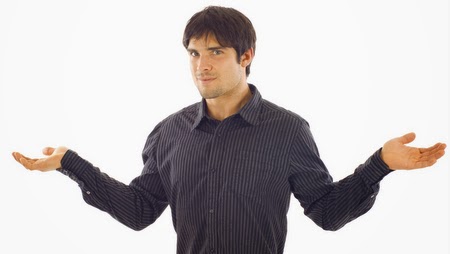 Fournier turns every story, no matter how preposterously one-sided, into a-pox-on-both-their-houses pablum

Third bit: About the question of how likely a deficit reduction deal that Fournier likes might be…he’s stark, raving, mad:

There is no way — no way — no way at all — that House Republicans are going to “strike a deal that would bother raise taxes and trim entitlement spending.” Opposing tax increases is the #1 issue that all those House Republicans have run on, rivaled only by opposing abortion as their absolute core belief. Almost all of them refused to go along with the fiscal cliff deal, which only “raised” taxes in the sense that if they had done nothing, taxes would have gone up even more — and most of them still wouldn’t vote for it on that basis. Now, without any such automatic increase hanging over their heads? Not a chance. Basically, I would guess that every single House Republican values avoiding tax increases far higher than lowering the deficit or cutting Medicare and Social Security, and therefore there is absolutely no deal you can offer them that would get them to sign up. Indeed: they haven’t been shy about saying so.

Fournier’s doing a ton of wishful thinking here, and paying no attention at all to what the parties actually say they want. It’s bad reporting, and bad punditry. Just awful.

[Cross-posted at A plain blog about politics]

Jonathan Bernstein is a political scientist who writes about American politics, especially the presidency, Congress, parties, and elections.