The American college dropout rate is a big problem. While decades of policy have improved access to college, such that many American high school students understand the importance of a college education and apply to, and attend, college in record numbers, many of them don’t do very well there. Almost half of Americans who start college drop out.

The problem, many argue, is that a lot of students who start college are unprepared. Because they’re often the first members of their families to go to college, they lack the supports and expectations that many traditional, and affluent, students have when they start college.

Could coaching struggling students while they’re in school fix this problem? It certainly might help, but as a policy solution we should probably be wary. 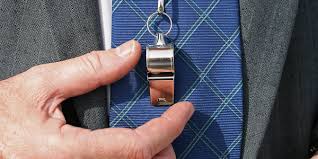 According to an article by Jon Marcus at Time:

2,785 volunteer coaches in 26 Tennessee counties… mentor students… in a privately funded, “it-takes-a-village”-style community approach aimed at guiding more high school graduates toward college and helping them earn degrees. tnAchieves, which also offers scholarships as a last resort, is among a small but growing number of similar programs underwritten by private donations, chambers of commerce, foundations, the federal government, and a handful of colleges and universities where the word “coach” no longer only refers only to someone who’s in charge of the football team.

Students who were coached by phone, email, and text messages were 15 percent more likely to stay in school, the Stanford research found. Thirty-one percent earned some sort of degree within four years, a graduation rate four percentage points higher than that of their classmates who were not coached.

Some individual programs are even more impressive.

At Wallace State Community College in Hanceville, Ala., a coaching program paid for with money from the U.S. Department of Labor has increased the proportion of students who stay from the fall to the spring to 87 percent, about eight percentage points higher than classmates who weren’t coached.

The success of these coaching programs should be commended, but it’s very troublesome to depend on privately-funded volunteer work to solve a problem of this magnitude.

Is this really the most efficient way to get improvement? As numerous studies show, the number one reason college dropouts leave school is financial problems. College is just too expensive.

It seems if we’re going to spend a lot of money trying to improve the college dropout rate, it might be more effective to try to make college cheap again, not expect rich people to gather up a bunch of volunteers to beg, prod, and push struggling students to finish college.