In Thinking Fast and Slow, Daniel Kahneman documents an important psychological phenomenon that is relevant to understanding reactions to the federal government shutdown. In a series of psychological studies, research subjects were asked to react to a particular vivid prototype, for example a photo of one bird struggling to escape an oil spill. After being asked how much they would donate to save the bird, the subjects are then asked how much they would donate to save countless birds from all of the world’s oil spills. Surprisingly, the two answers tend to be similar. That is, people who will donate $10 to save a particular prototypic bird in distress in one location will only donate $10 to save an unspecified number of birds in distress in many unspecified locations. It’s a stunning finding in that the subjects’ responses are logically equivalent to saying that birds in general are worthless but one particular bird has significant value. 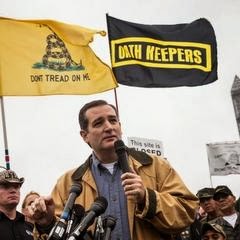 Kahnemann’s interprets such results to mean that human beings often react strongly to prototypes but are insensitive to quantity. Someone who says they would volunteer 100 hours in a hospital to save one movingly described sick little girl may not even offer to volunteer at all if asked to respond to the general problem of sick children in hospitals. Politically, this translates into many people reacting to particular instances differently than they do the broader phenomenon from which the prototypical instance springs. For example, many people who went to protests about Trayvon Martin’s death would not necessarily go to a protest regarding the long-term, pervasive problem of violence against young black males.

This observation about human psychology helps explain why, in a country where many people profess to hate the government, the GOP is getting hammered by the public for closing down the government. To government haters “the federal government” as a whole is a big amorphous money pit that they would not miss if it disappeared. However, as the shutdown goes on, national and local media are carrying stories of the shutdown’s concrete and understandable impacts.

With each sad story of a particular family’s vacation ruined by a park closing, a disabled veteran not receiving VA services, a little boy being thrown out of Head Start, or a study of cancer treatment being ruined, government haters find themselves being mad that the government is closed, because what government does has been brought down to a prototypic understandable level to which they can relate. Like the subjects in the bird experiment, they wouldn’t lift a finger to save government in general, but they are sorely distressed at the loss of government in particular.