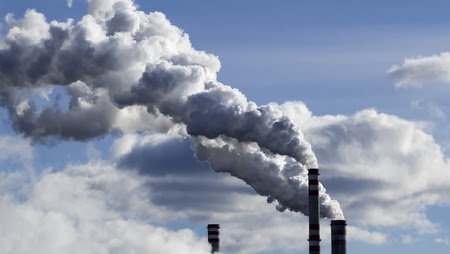 About a month ago the EPA released a proposed rule for coal-fired power plants. This is a preliminary rule, only dealing with new coal plants—rules for existing plants will come later. Burton Richter, a Nobel laureate in physics, isn’t happy, writing in the Times that the new rule will accomplish nothing. He may be right on the narrow question of fact, but his criticism is somewhat off-key.

Viewed from the standpoint of correctly describing the situation, Richter is quite unfair to the EPA and the president. It’s true that this new rule will do little to stymie the growth of new coal-fired power plants in the short run, because coal is already being killed by cheap natural gas. But the rules will entrench the gains that have been made against coal—for example, new plants will have to be fitted with carbon capture and sequestration (CCS) technology. Richter seems annoyed that the EPA keeps saying CCS is a viable technology, when it hasn’t come close to deployment stage. But if he’s right to be skeptical, and I believe he is, then the EPA’s rule will, in effect, put up a huge new barrier to new coal plants—for if CCS is impossible, then new coal is forbidden.

This rule might turn out to be a big waste of time, but it’s by no means an unreasonable strategy. This is a vicious bureaucratic and legal fight (Big Coal, representing entrenched amoral monied interests, versus the EPA, representing the entire human race), and as Haley Sweetland Edwards described brilliantly, regulatory agencies are outspent, outstaffed, and outlobbied by the industries they are charged with regulating. Put one toe out of line, foul up an adverb in a new rule, and they’ll induce a swarm of lawsuits that could take years to sort out—even now the EPA is facing a Supreme Court case (luckily on quite a narrow question). Consolidating one’s position before attempting the main campaign is a perfectly sensible tactic.

Because as Paul Krugman points out in an excellent new article for the New York Review of Books, climate change is to a first approximation about coal. It’s the worst conventional fuel, by far. And replacing coal-powered electricity with cleaner sources would have positive knock-on effects due to electricity replacing fossil fuels for other uses. Remember the study measuring how the carbon footprint of an electric car varies widely by location? This is largely due to the amount of coal in an area’s electricity-generation capacity. Replace the coal, and we’d get automatic improvement in transportation and elsewhere in addition to the effect of removing the coal itself.

Krugman is also right that the main barrier to action on climate change is and always has been the climate denier caucus of the Republican party—which is to say, practically all of them. Much more sensible policies, like a cap-and-trade system, or a carbon tax, are out of the question with the GOP in control of the house. Therefore, the EPA is about our only hope for even a scrap of climate policy. It’s not the best option, but if they merely succeed in killing coal for good—which is possible—then we will have made serious progress.

However, Richter’s narrow point is indeed correct. If the EPA goes no farther, then it (and by extension our entire society) will have failed on its most important test, at least until the political landscape changes drastically. If Richter’s purpose was to prod the administration and the EPA into staying the course, as I suspect, then his point is well-taken. Coal must die, and the EPA hasn’t done it yet.