This is vile, it stinks to heaven. I used to be pretty good at teaching public policy in a non-partisan manner (we have some of my former students reading this blog and if I’m wrong, don’t hold back) but the last decade or so has really cramped my style, hooboy. The insouciant cruelty of fat and happy Republicans simpering about making hungry children dependent (are there no poorhouses? do the mills not offer employment to a deft eight-year old?) after they engineered the budget deficits they have now decided to rail about, and carried water for the “job-creators” who feathered their nests giving us the recession that’s put so many people on the street and on food stamps, is simply Dickensian. Eric Cantor is a horrible person, whipping a gang of racists and ignorant, fearful, haters into increasingly unspeakable behavior with fake moralizing and outright lies.

And the horse’s asses he rode in on.

Medicaid expansion, too. Mississippi, our own Haiti, land of poverty, despair, and early death, turns down free federal money in order that its poorest don’t get medical care? It can’t even be selfishness among the plutocrats: how is it good for business that its workforce is sicker? It’s simply cruelty, far beyond the possible bounds of policy debate or the scope of ideology, an abomination no religion can countenance. What did these people’s parents raise them to be? What were they told in Sunday School?

I give up, I’m not up to this. But luckily, there is Käthe Kollwitz. 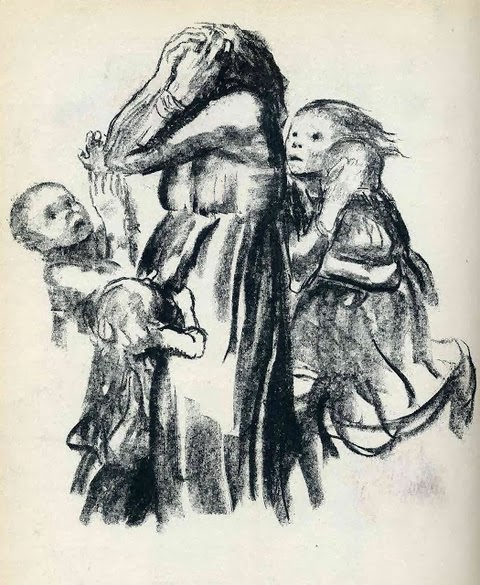 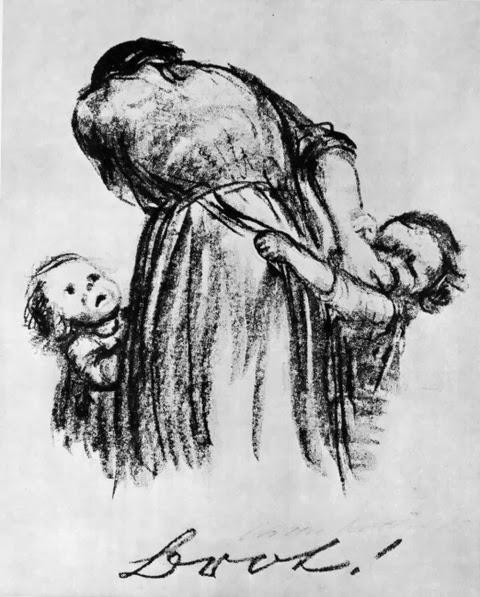 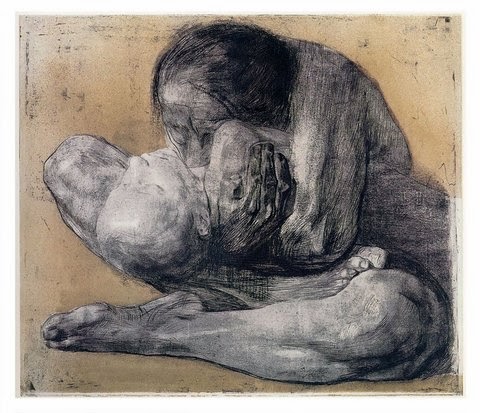 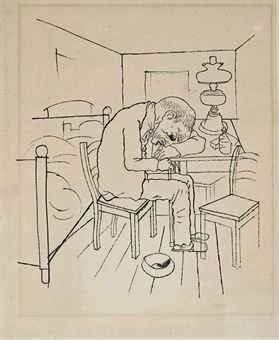 Swim if you can, and if you are too fat, go under (Schwimme, wer schwimmen kann, und wer zu plump ist, geh unter!)

May your dreams be haunted with sick, starving children, you swine.