All the returns aren’t in yet, but the ones we have suggest that the vote on Amendment 66, a statewide education tax initiative, was a straight-up ideological one. Here’s the county-level correlation of the vote on 66 and the 2012 presidential vote: 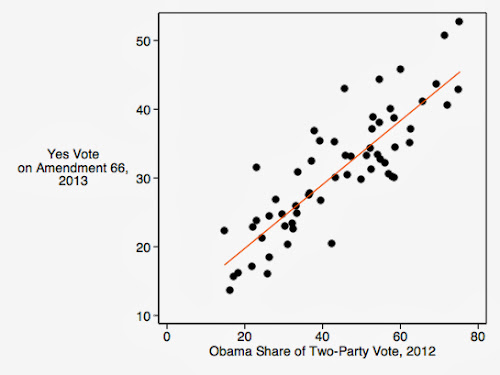 The correlation is above 0.85. So, not too surprisingly, the more Democratic a county is, the more likely it was to have voted in favor of greater taxation to pay for public schools. Of course, the amendment got trounced. The only two counties in which the amendment passed (at top right) were Denver and Boulder.

The vote on Proposition AA, which set high tax rates on the purchase of marijuana products, was less explicitly ideological: 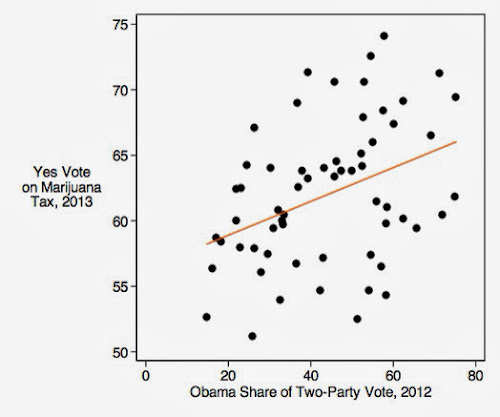 Notably, this initiative passed in every county. In a multi-variate regression, the only county-level demographic variable that seems to predict support for the marijuana tax is the educational attainment level of the county’s residents. More education equals greater support.