There’s one group of Americans who have a special reason to celebrate Thanksgiving: the million who now have medical insurance for the first time, thanks to Barack Obama and the Affordable Care Act.

I’ll justify the number after the jump. For now: welcome to civilization. 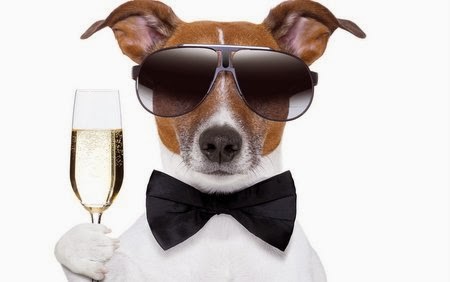 I know, I know: ACA doesn’t create a fully universal system, it’s complicated and kludgy compared to single payer, the federal website was launched as leaky as a sieve and is being repaired as it goes, it’s uncertain whether ACA will rein in healthcare costs, there are over 30 million more uninsured to go, yadda yadda. We’ll be talking about these problems many times. For now, Americans should celebrate a milestone.

How do we get to a million? The answer is below.

I propose to deduct 600,000 in California and 83,991 in Maryland who are being transferred from state low-income health plans to Medicaid, as these people are getting improved, not new cover. On the other hand, I’ll leave in the 54,000 new Medicaid enrollees in West Virginia, registering with state authorities independently of any website. If bead strings are more reliable, fine. It’s the results that matter.

On November 13, the HHS released a report with standardized data on all the marketplaces as of 2 November. The 13 functioning state websites (charitably counting Oregon) have updated their information since at dates ranging from 12 to 27 November. Extrapolating their data to 28 November in a simple linear way, I add:

Healthgov.com wasn’t working too badly in October for Medicaid. It determined 183,396 people to be eligible, almost as many as the 13 state websites did (212,865). Very conservatively – and ignoring the marked improvement in the website and its greater usage – we can safely extrapolate this rate to 28 November and find another 149,009 enrolled.

As is well known – and to the exclusion of all the other informative metrics – healthgov.com only managed to get a paltry 26,794 people signed up to a marketplace insurance policy by November 2. Extrapolating this anomaly to November would be a waste of time. The website is certainly very much better now. We do know (here, page 6) that the site had determined 702,619 people to be eligible for marketplace policies, with or without subsidies. For the remaining 672,855, the applicants still had to choose a policy and sign up for it.

The shopping stage of the website still had some problems in November. The insurance companies are griping that the error rate of the 834 forms is still 5%, so the poor things actually have to do some work rather than having perfect files handed them on an electronic plate. We can also suppose that a few applicants are not in any hurry if their deadline is March – but it also stands to reason that those with cancelled policies needing coverage from January were heavily over-represented among early applicants.

Let’s try to model this. Assume that healthgov to all intents and purposes did not work at all until 15 October, and that the typical applicant takes 2 weeks to choose and sign up to a private policy from the eligibility determination, with 90% success rate. So by now 608,000 of those in this position on November 2 are now signed up. In addition, we need to add the cohort of those reaching the same point in the first 10 days of November (to 12/11), which by simple extrapolation is 219,568. The same proportion of these have signed up, or 198,000.

The first three adjustments are plainly very conservative, and get us comfortably over the million mark. I maintain that my fourth adjustment, while it’s only back-of-an-envelope guesswork, is conservative too. The delay I built in is long; the trend in signups on from the state sites is not linear, but accelerating; and healthgov.com has improved dramatically from October, as Ezra Klein, Paul Krugman and even John Boehner can attest.

I’ll go out on a short and stout-looking limb here. I predict that when HHS releases its full report for November on the health care marketplaces:

Before some irate commenter chides me on the point, let me admit that all the estimates include some people with cancelled policies. These should be deducted before one can give an estimate of those with coverage for the first time. If anybody has a link to a number, please post it. However:

Any reasonable estimate of the total of newly insured is so much larger than one million that deducting the last group still leaves it above the bar. My headline stands.