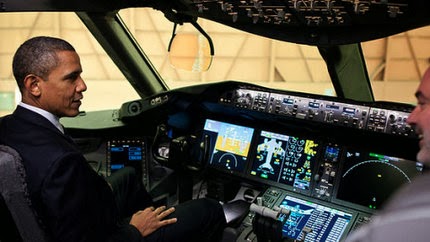 The Kuwaiti site Al-Jarida reported earlier today that President Obama was making plans to visit Iran, which would be the first visit of a sitting president since the 1979 revolution. The White House quickly swatted down those rumors:

“There is no truth to this report,” National Security Council spokeswoman Caitlin Hayden told The Hill in an email.

This sounded a bit unlikely from the start, but it would be nice to see someday. Iran and the US have a long and bitter history, from the extraordinarily dumb CIA-backed coup that installed a dictatorship until the revolution, to the long hostage standoff in 1979, to the mistaken US military attack on Iran Air Flight 655.

But if we can come to a reconciliation with Vietnam, I see no reason why the US and Iran can’t eventually come to a similar arrangement. Iran is sort of a democracy, and has a far less repressive society than, say, Saudi Arabia.

The most convincing arguments for why this won’t happen tend to center on how Israel and the Gulf states don’t want a wealthy or powerful Iran, because they would lose relative status. (Setting aside people who believe Iran is a kamikaze state that will unilaterally launch nuclear strikes on Israel, another nuclear-armed power.) This does carry a lot of weight, and I agree it’s a realistic conception of how modern states behave, but it’s also a 19th century conception rooted in zero-sum jockeying for influence.

As originally evolved, the nation-state was about ruthless domination of one’s adversaries, and sociopathic looting wherever possible. (European colonialism will go down as one of histories great evils.) But I think the best part of the era of post-WWII American hegemony—namely, how France and Germany stopped slaughtering each other by the tens of millions, and learned to live in mutual prosperity—shows that this model is more and more outdated.

Obviously America is not above toppling democratically elected governments if it’s in our perceived “interest,” or funding death squads in Central America, or pointless wars of aggression, etc etc. But I think it’s fair to say that America is not as bad as the previous world power, Britain, which let’s remember wasn’t above deliberately starving millions of Indian peasants.

It could be that the Bush/Cheney record of war crimes and torture, and Obama’s refusal to prosecute them for it, represent a tipping point in evolving ethical standards, where we will plunge back down to callous disregard for human dignity. But in my more optimistic moments I believe that it’s only a temporary blip on the way to a better place. It certainly seems possible to imagine a world where basically functional states like Iran are brought into the international system, where free trade and free movement are the norm, and where disputes are solved through a lot of bickering at the UN rather than the collective punishment of sanctions or war.

Seems worth a shot, anyway.