As I mentioned in the lunch link roundup, increasing the minimum wage is all the rage in lefty precincts today. DC is considering a raise, and Democrats generally are smelling a winning issue. (For a deeper look, Arindrajit Dube had a long piece on it over the weekend.) 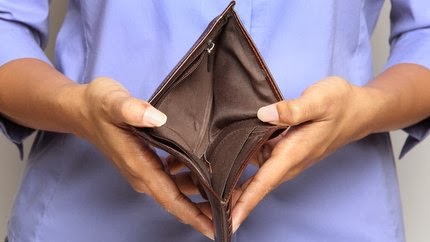 Conventional economists tend to despise minimum wage laws, because they’re a form of price control, and that gives The Market a sad. Setting a minimum price of labor, according to Econ 101, should increase unemployment, because some people won’t have a marginal product above the wage floor. But as Paul Krugman pointed out in his column this morning, the evidence just doesn’t support this conclusion:

Still, even if international competition isn’t an issue, can we really help workers simply by legislating a higher wage? Doesn’t that violate the law of supply and demand? Won’t the market gods smite us with their invisible hand? The answer is that we have a lot of evidence on what happens when you raise the minimum wage. And the evidence is overwhelmingly positive: hiking the minimum wage has little or no adverse effect on employment, while significantly increasing workers’ earnings.

It’s important to understand how good this evidence is. Normally, economic analysis is handicapped by the absence of controlled experiments. For example, we can look at what happened to the U.S. economy after the Obama stimulus went into effect, but we can’t observe an alternative universe in which there was no stimulus, and compare the results.

When it comes to the minimum wage, however, we have a number of cases in which a state raised its own minimum wage while a neighboring state did not. If there were anything to the notion that minimum wage increases have big negative effects on employment, that result should show up in state-to-state comparisons. It doesn’t.

As others have noted, there’s good reason to believe that increased wages at large businesses would work out well for the businesses themselves. Businesses would both reduce turnover—the hiring process is expensive, and there is a great deal of churn at the bottom of the labor market—and increase their employees purchasing power, a hefty fraction of which would likely be spent at their own place of employment or somewhere similar. I’d guess that wages are held down out of class panic and a desire for increased profits for their own sake rather than some strict business reason.

Personally, if I had to choose, I would rather see more broad-based economic stimulus through fiscal and monetary action rather than a minimum wage hike. (Though I would still support one on its own merits.) But if they don’t like it, American elites have no one to blame for this but themselves. If the power structure can’t ensure full employment through normal channels, then demands for economic justice through more easily-understood channels will only become more common.