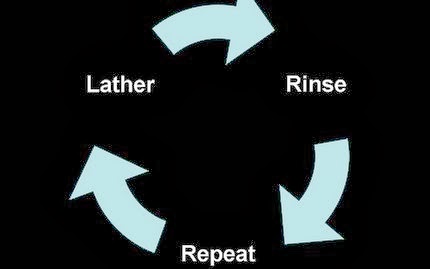 Since the 2008 financial crisis, a strong minority of commentators have held that Alan Greenspan and Ben Bernanke were to blame for leaving interest rates low and thereby stoking the housing bubble. Economist types have responded, not unreasonably, that to raise interest rates is to provoke a recession, and provoking a recession in order to avoid a recession caused by a collapsed bubble is throwing the baby out with the bathwater. Instead, the government should use its regulatory authority to restrict the flow of credit to incipient bubble markets, and leave monetary policy to its proper role, ensuring stable inflation and low unemployment.

Dean Baker has an interesting post arguing that this isn’t quite good enough, and Ben Bernanke’s recent talk of tapering the Fed’s asset purchases might have crimped an incipient bubble, once again in housing:

House prices nationwide were up 10.1 percent from their level a year ago. In several markets prices were rising considerably more rapidly, with rates of price increase of more than 30 percent. Even if house prices were not yet out of line with fundamentals by the time of Bernanke’s taper talk, they soon would be in the markets showing rapid double digit price increases…It may not have been Bernanke’s intention, but his taper talk appeared to take the air out of the bubble. It led to a jump in mortgage interest rates of roughly a percentage point. New home sales in July fell 14.1 percent from June levels, after having risen 26.1 percent over the prior year. While slowing the economy was not desirable, preventing the development of another bubble was certainly a good thing.

Now, I’m still not convinced that the extremely blunt tool of interest rates are the tool for the job, and neither is Dean himself. Further more I think Mike Konczal is ultimately convincing arguing that it’s not even clear that using interest rates to fight incipient bubbles would even work.

But I think this is a good standpoint to look at just why our economy is so vulnerable to bubbles, and a hypothesis I find intriguing.

In economic history, the “great moderation” is a period from about 1980-2007 in which the volatility of business cycles fluctuations decreased markedly. Recessions were shorter and not as deep, booms weren’t as hot, and growth was more stable. The story went somewhat like this (to paraphrase Steve Randy Waldman): after WWII, consumer spending was primarily driven by wage growth. Therefore, central bankers had to provoke frequent recessions to keep inflation in check.

But after 1980, income inequality increased, the wage share of the economy began to fall, and credit exploded. Under this regime, consumer spending was primarily driven by credit growth. This is much easier to control from a central banker’s perspective. Wages tend to be very resistant to change (especially downward), but nobody expects new loans to continue from year to year. Thus monetary policy is much more effective, and you get a much more smoothly operating economy, without the jagged ups and downs of before. For awhile, anyway.

The problem with this is that output growth, since it is not going to the broad mass of population in the form of wages, ends up in the hands of rich people, who have a greater propensity to save, which means purchasing financial assets. Thus we will tend to get financial asset price increases. This fits well with the repeated bubbles pretty much since the very start of the great moderation: the S&L bubble of the 80s, the tech bubble of the 90s, and the housing bubble of the 2000s.

Greenspan and Bernanke thought that monetary policy could easily handle the “mop-up” from a collapsed bubble, but we’ve all seen how that has turned out.

What to do about this will have to wait for another post, but I think moving away from the credit-led model of consumer spending will have to be part of any solution.