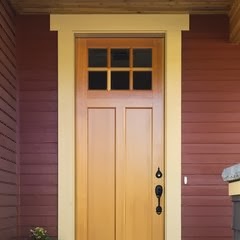 Freddie de Boer had a pretty good comment on my last post arguing that Econ 101 is not enough when it comes to density and affordable housing:

I do want to gently push back against discussing housing simply in terms of supply and demand. Awhile back, Matt Yglesias criticized left-wing critics of Bill de Blasio who were critical of de Blasio’s connections to shady developers. Yglesias argued (correctly) that a lack of affordable housing in Manhattan is a major humanitarian and quality of life issue. But the New York housing market is a perfect example of the folly of talking about housing in simple terms of supply and demand. De Blasio is not just accused of being too friendly with developers, but particularly with the kind of developers who build housing that actually pushes poor people out and increases housing inequality. And in NYC in general, there’s been a tendency for developers to talk a good game about increasing access to affordable housing, then actually building luxury apartments that no regular person could ever afford.

I do believe that supply and demand act on the shelter supply, mostly because it’s hard to imagine that they don’t. (I don’t think it makes sense to consider housing a Giffen good, for example.) And I do think it’s a reasonable starting point to start building a mental model of how the housing market believes, and I think liberals toss it aside at their peril.

Nevertheless, Freddie is right: housing is very, very far from the frictionless-plane fantasyland of simple supply and demand. As a fundamental component of the American Dream, shelter provision has long been bound up with the national self-consciousness. It’s both a (colossally misguided) national savings vehicle and the marker of upright, virtuous bourgeois status. Anything so fraught will necessarily be bound up with the power structure.

Which is why, while neoliberals and libertarians marshal a good case against the DC height limit, I ultimately part ways when it comes to their fundamental methods for achieving more density. Those folks typically frame their arguments as removing restrictions from “the market” to let the forces of economics work, like it’s as simple as removing a dam to let water flow downhill.

In fact, every market is a human construction, and none more so than the market for housing. Aside from the enormous federal hand in housing finance, it is so because people quite naturally view their neighborhood as something that comes with their particular piece of property, and strenuously resist change, especially change in the form of low-status groups moving next door. Thus, luxury apartments are more commonly built in DC and NYC both because of class consciousness on the part of developers and the prospect of less resistance from the enfranchised bourgeois. This can even mean less profitable structures, sometimes.

This is not so bad as it once was, when housing policy was a tool of explicit racist expropriation. But it still something to keep in mind when considering changes to the existing system. Influence over the political and economic system is correlated by wealth, race, and social connections. “Leveling the playing field” and “allowing more development” could quite easily become a rapid expropriation of poor and minorities, who are less able to assert their views, if the power structure is not taken into account.

(Some anti-height limit crusaders have realized this, and now talk in terms of interest groups and building political coalitions, not just “freeing the market.”)

However, while liberals typically are better about power, their attempts to secure affordable housing are often clumsy. Housing projects are almost uniformly wretched, and often far superior housing stock is bulldozed to make room. Affordable housing mandates get decent places for a few people, but are useless for the far larger number not lucky enough to secure a spot in line. I think liberals underrate as tools markety-sounding solutions like sharp increases in zoning density limits, reducing parking mandates, and directing the increased tax money thus obtained towards housing subsidies for the poor.

Make no mistake, liberals are right that good, livable density will take a grimly determined power struggle. But to circle back to the DC height limit, part of that will almost have to involve changing regulation in the direction of more housing supply. After all, DC is already an extremely expensive place, and only getting worse.