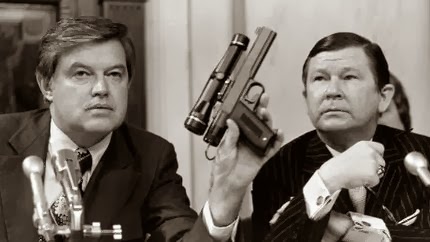 When the government messes up, the first action taken by Congress or the White House is often to assemble an investigation or a blue ribbon commission to suss out what went wrong and how, and who, exactly, is to blame.

The thing is, though, heading up a successful congressional and presidential investigation that asks the right questions and gets the right results—i.e. meaningful legislation that leads to measureable reforms—is trickier than it looks. It requires not only political will and buy-in, but also talented administrators in Congress willing to head up a bipartisan team committed to uncovering even politically unsavory truths.

Brookings fellow and New York University Professor Paul C. Light, who at an event at the Brookings Institute on Wednesday previewed his upcoming book, Government By Investigation: Congress, Presidents, and the Search for Answers 1945-2012, painted a rather grim picture of the future of government investigations. Part of the problem, Light said, is that the talent pool of competent, fearless “elder statesmen who embody the spirit of bipartisanship” in the mold of Rep. John Davis or Sen. Carl Levin simply isn’t what it used to be. (Levin announced recently he won’t seek reelection next year.) Darrell Issa, who currently chairs the House Oversight Committee, hasn’t shown a real interest in asking the tough, bipartisan questions, Light said. (Claire McCaskill might, but that remains to be seen.)

Another part of the problem, at least in regard to the government mess-up du jour—the Obamacare web site’s failure to launch—is a lack of political will. Neither Obama nor congressional Dems are particularly keen on spearheading an investigation that might embarrass an already embattled White House, and the GOP wants too badly to kill the thing outright (and then fire a round into its dead carcass) to go through any trouble of looking into how it, or other government programs like it, might be implemented better in the future.

It’s perhaps not coincidence that the effectiveness of investigations, the federal government’s primary tool in policing and reforming itself, is weakening at a time when government mess-ups appear to be increasing. One culprit is, of course, a rather dire lack of bureaucratic man power these days, with staffs waning and budgets cinched tight at many agencies, including vital hubs like the Office of Management and Budget (OMB) and the Government Accountability Office (GAO). Twenty years ago, GAO had 5,500 employees; now they’ve got 3,400. Or take another look at the Obamacare roll-out, for example. If the Obama administration were to take on an in-depth investigation into government systems of procuring information technology and come up with suggestions of how to fix it, who in the government at this point could actually pull-off a top-to-bottom rewrite? When Light proposed the question to the group of a dozen journalists who had assembled to hear him speak on Wednesday, everyone quietly grimaced. “I don’t know either,” he said. “I don’t see much of anything at the OMB anymore.”

So what’s to be done? Light points out that at the end of many presidential administrations, there’s often a little flurry of government reform activity. We saw it after H.W. Bush in the early ‘90s, after Clinton in 2000 and to a lesser degree after Bush in 2008. It’s possible that Obama could dedicate the last two years of his term to deep, meaningful government reform, Light said. Someone in the small crowd snickered and Light smiled. “Of course, he wouldn’t get much credit for that politically.”

Haley Sweetland Edwards is an editor of the Washington Monthly.