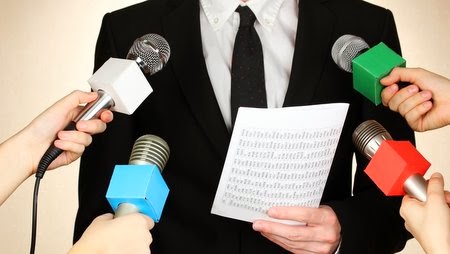 Daily Caller columnist and self-identified sex-haver Patrick Howley published a column yesterday that set Twitter alight (full disclosure: I joined in). Howley lamented the push-back against man’s God-given right to stare at women’s honkers and shower them with unsolicited compliments. Responding to a study on the male “objectifying gaze,” Howley blasted “progressives” for trying to “take away our activities” in a knee-jerk defense of men doing whatever the hell they want. “If it’s an activity and it’s kind of fun or pleasurable, the progressives are going to take it away,” he said. Like child labor, lead paint, asbestos and dog fighting. Not that there are any serious efforts, to my knowledge, to specifically outlaw verbal street harassment, but Howley’s insistence that “a lot of women like it” was particularly foul–especially when weighed against his failure to interview a single woman and his lack of discussion about what the fairer sex faces when its members fail to warm to an entitled street Casanova.

The piece seemed to have come straight out of the 1950s. So–leaving discussions about the effects of street harassment, gender inequality, and the everyday sexism that plagues women in America to the experts–I reached out to Howley to understand more about his thoughts on gender. What follows is an impromptu email exchange he gave me consent (important, Patrick) to publish.

Sam Knight: Would you be okay with random dudes leering at a female relative or friend? If a random guy lustfully stared at one of them and made unsolicited comments to her as she goes about her day, would that be alright with you? What if it’s not okay with her — as it is almost 100% of the time?

Not saying you need to support legislation to stop this from happening. Just wondering if you, as a human being, think that other human beings should do nothing to oppose this.

Or do you think this sort of behavior should be actively encouraged?

Patrick Howley: No, I probably wouldn’t be cool with it. But that’s between me and the guy who did it. And I think the push to pit women against men by making a big deal out of staring at women – which has been a fact of life since caveman times – is a cynical political ploy that divides people rather than bringing them together

SK: So today, we should adhere to gender roles from “caveman times?” And to oppose that is a divisive “cynical political ploy?”

Why didn’t you interview a single woman or at least ask the authors of the study to comment for your piece?

PH: Because it was an op-ed not a report.

Do you really, truly, honestly think that the media on the left does not have a political motive in pitting women against men?

SK: No, I don’t. I think women on the left speak out against this, and that women tend to gravitate toward the left because they like having autonomy and being treated as human beings. Radical divisive cynical feminism, I know…

Also you tweeted that liberals were “pitting women against Romney.” Do you really think they couldn’t make up their minds for themselves? That they voted for Obama because they were, in some way manipulated?

Howley did not respond to the last set of questions immediately, so I asked him for permission to publish the exchange, in addition to any final comments he’d like to make.

Here’s what he had to say:

PH: I covered the 2012 campaign, which Democrats won by cynically, divisively accusing Republicans of waging a “War on Women.” They did this by targeting GOP opposition to Lily Ledbetter, which allows plaintiffs’ lawyers to sue businesses (oftentimes frivolously) and makes it harder for women to get employed in the first place because it attaches new quotas to their job applications. They did this by targeting Republicans who defended Catholic hospitals who didn’t want to be forced to give emergency contraception on the grounds of religious freedom, which, like it or not, was a pretty big focus of our Founding Fathers. They gave us “Life of Julia,” and “being a woman is no longer a pre-existing condition,” and they won.

And now the left continues to demagogue the social debate, each and every day in the media, by accusing right-leaning commentators like myself of misogyny.

I strongly believe that the consequences of this – aside from trapping Mitt into his “binders full of women” disaster-quote – are going to be terrible for this country, not for policy reasons but for cultural ones. It creates a divisiveness in our culture, pitting women against men. We are now more divided than ever as a country, and these tactics are only making it worse.

Men looking at attractive women is human nature. To do anything more than look is either sexual harassment or sexual assault, the latter of which is a horrible crime and should put all men who do it behind bars. But it is my opinion that demonizing the so-called male “objectifying gaze” is not only contrary to human nature, it’s a cynical ploy intended to divide people and to push a political agenda.

Samuel Knight is a freelance journalist living in DC and a former intern at the Washington Monthly.