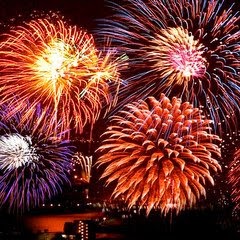 As 2013 draws to a close, it’s time to take a look back at some of the biggest happenings (or non-happenings) of the year. Some of these items would have been on the list for several years, but others (including the top happening of the year) are brand-new for 2013. Enjoy the list!

10. There is still some hope in the academic job market. In spite of continued concerns about the working conditions of adjuncts (as exemplified in the case of former Duquesne adjunct Margaret Mary Vojtko—read both the original op-ed and a thoughtful retelling of her life story), the tenure-track job market may just be springing back to life after a few lean years. I’m thankful to be one of those success stories, as I got a great job offer from Seton Hall University before defending my dissertation at the University of Wisconsin-Madison. (Look at my faculty webpage…I’m bona fide and I love my job!) But, in other disciplines, the rough market continues.

9. We heard more noise about reauthorizing the Higher Education Act, but no action. The HEA, which dates back to 1965, is supposed to be renewed in 2014. And Congress is saying all the right things about renewing the HEA, including holding a series of hearings on reforming the Pell Grant. However, it is hard to find anyone in academia or the policy community who thinks that is likely. After all, No Child Left Behind (the Elementary and Secondary Education Act) expired in 2007. If I had to put money on a reauthorization date, I would go for 2017.

8. The higher ed policy world gets RADDical. During late 2012 and early 2013, 17 organizations and teams released white papers as a part of the Gates Foundation-funded Redesigning Aid Design and Delivery (RADD) project. The recommendations of the groups ranged widely (see this nice summary from the National Association of Student Financial Aid Administrators, one of the participating organizations), but all groups suggested substantial changes from the status quo. It’s worth noting that the recommendation shared across the largest number of reports is stabilizing or increasing Pell funding, which could be a tough political lift in the current fiscal environment. This effort was not without its skeptics, as this well-commented Chronicle piece on the influence of Gates funds details.

7. The FAFSA changes to recognize same-sex parents, but is still complicated. Despite the push among many of the RADD grantees and at least some interest in Congress, the FAFSA ends 2013 as perhaps being more complicated than it was at the beginning of the year. This is because the venerable form changed to recognize the existence of same-sex marriages after this year’s Supreme Court ruling and political pressure before the ruling took place. The net result is that some students will see less aid. I would also be remiss if I didn’t mention my work with NASFAA on the feasibility of using prior prior year financial data to determine aid eligibility. That might get tied into the next HEA authorization.

6. Congress reached a reasonable solution on student loan interest rates. Put your shocked face on, folks—Congress did accomplish something without causing too much pain to students or financial aid offices. Interest rates on undergraduate subsidized Stafford loans were set to increase from 3.4% to 6.8% on July 1 (and actually did for a few weeks), leading to the hashtag #DontDoubleMyRate. The rates ended up being tied to 10-year Treasury notes, yielding a rate of under 4% this year; however, advocates note that the rate is likely to rise over time. Thankfully, Senator Warren’s plan to set interest rates based on the Federal Reserve discount window (which is nearly riskless) never received serious discussion.

5. MOOCs expand, but their outcomes are questioned. Massive open online courses (MOOCs) are seen by some as having the potential to change how higher education is delivered, but it is safe to say that not all faculty support them—as evidenced at San Jose State. MOOCs have also been hammered for low completion rates, which are often below 10%. The always-astute Kevin Carey notes, however, that the low completion rates are partially due to people who sign up for the course but never really attempt to complete them. Additionally, large numbers of students may still be completing the course, even if completion rates are low. This issue will only get hotter during 2014.

4. Student loan debt grows amid possible reforms. The Institute for College Access and Success (TICAS) recently put out its annual report on student debt loads—and the results aren’t pretty. The average debt load of graduates was $29,400 in 2012, and 71% of students took out debt. (Even more concerning is the fact that TICAS can’t even get data on a lot of colleges’ graduates.) Increasing debt loads have led to innovative plans to make college more affordable. The most-discussed plan is Oregon’s Pay it Forward proposal, which would be a type of income-based repayment covering tuition and fees in that state. While I have serious concerns about whether the program could work (but think it’s worth a demonstration program), my dear friend and dissertation mentor Sara Goldrick-Rabmakes her opposition clear.

3. One of the nation’s more prominent community colleges might actually lose its accreditation. The City College of San Francisco is currently slated to lose its accreditation next summer if they do not meet 357 goals set by the Accrediting Commission for Junior and Community Colleges. Since students cannot qualify for federal Title IV financial aid if they attend an unaccredited college, this would effectively shut down an institution that had nearly 100,000 students. Students and faculty went after the accreditor and nearly shut it down, although it was recently announced that the accreditor could operate for another year. I still think that CCSF will keep its accreditation, but the damage (in terms of enrollment) may already be done.

2. Gainful employment continues to be a hot political topic. The Obama Administration proposed gainful employment regulations several years ago, in which vocationally-oriented colleges would lose Title IV eligibility if they had poor employment and loan repayment outcomes. These rules have been in and out of court for several years, and a new set is now being developed. The Department of Education tried to reach consensus with stakeholders last week, but failed; this means that ED will write its own rules. For all the developments that will happen in 2014, I’ll defer you to Ben Miller’s great work covering the topic.

1. PIRS roars to the public’s attention, and colleges are not happy. As regular readers of this blog know, I’m the methodologist for Washington Monthly’s annual college rankings. Yet I was completely floored when President Obama announced the impending development of a college ratings system for the 2014-15 academic year. (The official title—Postsecondary Institution Rating System or PIRS—just got released yesterday.) Thankfully, I was able to recover quickly enough to go on MSNBC the next night to talk about the proposal.

The Department of Education has done a lot of listening on the college ratings proposal, and the vast majority of the feedback in the higher education community appears to be negative. A recently released poll of college presidents highlights the opposition amid concerns of the ratings favoring highly selective institutions. (Yet the only measure that a majority of college presidents supported using was graduation rates—a measure strongly tied to selectivity.) This recent conference panel also shows some of the issues facing the ratings.

While the long-term goal is to tie ratings to financial aid by 2018 or so, I don’t see this as being likely to happen given its requirement of Congressional approval. However, the ratings could potentially help students even if institutions don’t like the bright lights of accountability. Let’s just say that the discussion around the release of the first ratings this summer should be spicy.