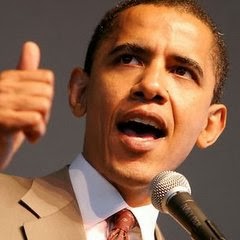 Yesterday, President Obama commuted the sentences of eight people who had been sentenced under the old crack cocaine sentencing regime, and pardoned 13 more who had already been released, a welcome move for a president who has had an extraordinarily stingy record on pardons.

Dafna Linzer digs into one of those cases, a man named Clarence Aaron who was sentenced to three consecutive life sentences for a minor role in a drug deal:

He grew into manhood behind bars and became what the criminal justice system rewards: a “perfect inmate” with a flawless record who attends church, racks up degrees and is a star worker. His sentence was always unjust-Aaron wasn’t the buyer, the seller or the user of any drugs-and Obama’s decision to put an end to the prospect of incarceration till death rights that tragic wrong.

But it does nothing to address the far greater offense that Aaron and thousands like him fell victim to: the Justice Department’s pardon office and, more precisely, U.S. pardon attorney Ronald Rodgers.

It took decades, a small army of advocates and an investigative series, to free Aaron. Attorneys at white shoe law firms, clemency experts, former prosecutors, a federal judge, lobbyists, clergy, lawmakers, and White House lawyers were all in his corner.

But they were no match for Rodgers, a former military judge who prosecuted drug crimes when the Justice Department was eager to make examples of young black men. As pardon attorney, Rodgers deliberately misled the president of the United States-as an investigative series I wrote showed and a subsequent inspector-general’s report confirmed-when he withheld facts in Aaron’s case.

We see, yet again, President Obama’s lax attention to the executive bureaucracy, which increasingly is the central challenge of his presidency. This execrable Rogers character is a Bush holdover, and ought to be fired immediately on general principles. (I mean, lying to the president? WTF? Do they not have any moving boxes in the Justice Department?)

But as Jonathan Chait points out in a smart piece today, the success of President Obama’s second term is going to be all about using the executive bureaucracy properly. This is a big reason why the Obama = Bush meme is so dumb—Bush relied on a basically reasonable opposition party for his second term, so when that evaporated he was left helpless, while Obama never had any cooperation whatsoever.

By contrast, Obama has a lot he can still do without passing big new bills. Obamacare is all about implementation through the executive. Climate change is all about new EPA rules. And with the filibuster weakened and the DC Circuit Court vacancies filled with Democrats, the chances for these are much better.

Pardons are a smaller issue than those two. But they’re still representative of the way this president tends to procrastinate and avoid bold executive action, driven I think by a fear of political blowback. But the truth is that Republicans will attack him like rabid hyenas no matter what, and the hesitation itself is causing other political problems. Because there are almost 9,000 more people in prison from the old racist crack sentencing law, people who could be released on the same grounds.

By all accounts, Clarence Aaron is basically a saint. He has been the focus of years of media coverage, and had the help of an army of lawyers and advocates. The fact that you have to be that level of sympathetic, with that level of assistance, to get even a grudging hearing from the Justice Department is a monstrous injustice. Even Aaron’s case took years, and he won’t even be released until next April! How many others only slightly short of the Aaron standard—people who certainly would be no harm to society—are now languishing behind bars, for no reason?

Midterm elections are all about turning out the base, and traditionally Democrats don’t bother. The president might begin turning that around with some confident action. Pardons would be a great place to start. Chances are, there are literally thousands of people ripe for release.